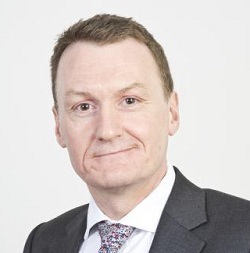 Law firms are regularly criticised for generating only a small fraction of the SARs received by the National Crime Agency.

In a consultation paper launched last week, the commission said between October 2015 and March 2017, only 4,878 SARs were lodged by the legal sector, amounting to just 0.77% of the total number.

However, research found that in 2014-15, three-quarters of legal sector SARs were seeking consent to continue with a transaction and more likely to be “technical” in nature than other kinds.

“Stakeholders expressed the view that when reporters were obliged to submit a SAR where they perceived it to be for technical compliance rather than of substantive value, they felt this was imposing a disproportionate burden on the sector.

“As the legal profession tended to comply strictly with their obligations, these SARs could be challenging to report as they required a substantial amount of time to prepare where the criminal property was not easily identified.”

The Law Commission said it agreed with research findings that it may have a negative impact on compliance if “a perception develops amongst those in the sector that the regime is broken”.

Highlighting general problems like “defensive reporting”, the burden placed on businesses that have to report suspicious activity, and the impact of suspended transactions on both reporters and those who are the subject of reporting, the commission proposed that anti-money laundering laws should be “streamlined”.

There should be statutory guidance on what to look for and a set format for submitting SARs, it said.

It proposed cutting back on low-quality reports by focusing on accounts where there are “reasonable grounds to suspect property is criminal property”, together with a new power to require additional detail and record keeping requirements targeted at specific transactions.

It would also provide detail as to what amounted to a defence of ‘reasonable excuse’ for not making a SAR.

The consultation paper suggested too that commercial organisations, rather than the individual employees, should be liable for failure to prevent a criminal offence when an employee failed to disclose a suspicion.

“Removing personal liability and holding the commercial organisation accountable could have a positive effect on the culture of an organisation.

“In order to avoid being held liable for the acts of its employees, an organisation would arguably seek to engage with the risks of facilitating money laundering or terrorism financing by improving standards of reporting.”

Law Commissioner Professor David Ormerod QC said the reporting scheme was not working as well as it should.

“Enforcement agencies are struggling with a significant number of low-quality reports and criminals could be slipping through the net.

“We’re determined to make the law work for everyone and find a balance which will tackle money laundering more effectively and help keep the UK at the centre of the financial world.”

The Home Office asked the Law Commission in January this year to analyse and address the issues with the consent regime in anti-money laundering legislation.