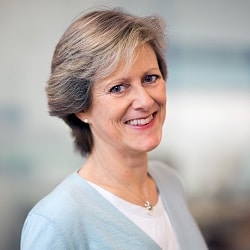 Case: Signs of cracks in the glass ceiling

Only 33% of new partners at Europe’s biggest law firms are women with bias from both male colleagues and male clients the main reason for gender imbalance, a report has found.

This was even though the majority (56%) of senior associates at the firms are female.

The report also found that training on sexual harassment and bullying was effective in encouraging more women to take on senior roles, while all-female networks could be counterproductive.

The Transforming Women’s Leadership in the Law report by Thomson Reuters and market researcher Acritas was based on interviews with diversity experts and statistical analysis at 47 largely UK and a few European law firms.

Only 22% of equity partners and 36% of salaried partners were female, compared to 61% of trainees.

Only a third of new partners were female – a figure described as “not encouraging” in the report.

When it came to the role of business services head, 51% were female, along with 63% of the staff they managed.

The report found that respondents to their survey identified bias as the “number one cause” of gender imbalance at partner level.

This came not only from male colleagues, but also from male clients, who were “far less likely” than female clients to select female lawyers.

“Equity partnership usually requires the senior associate to be managing a significant book of business.

“This will be more difficult for women simply because of this bias, as there are more men than women in senior in-house roles.”

The role of women at home was also cited as a “key cause” of gender imbalance at partnership level, along with the need for ‘presenteeism’ in the office.

“Respondents talked about the demands of the job, often involving excessive hours and the lack of flexibility, which makes it difficult for people who have responsibilities outside of work such as childcare.

“As it tends to fall to women as the primary carer, this makes the ‘partner track’ challenging at best and unmanageable at worst.”

When it came to solutions, the report recommended that law firms clearly state gender diversity as a strategic goal, appointing a board-level representative to improve diversity and “openly declaring” targets.

Law firms should ensure that all teams working on matters and pitching for work represented both genders, combined with training to tackle unconscious bias.

Training on sexual harassment and bullying was also seen as crucial. “It is critical to eradicate signs of a toxic environment as they arise.”

However, the report followed academic research in suggesting that women-only networks could create “deeper silos”, and should be opened to men, while mentoring could result in “advice that puts women off senior roles”.

There was “overwhelming recognition” that the “tone from the top made a serious difference to the success of diversity initiatives”.

Lucinda Case, lead for legal professionals in Europe at Thomson Reuters, said: “There are signs of cracks in the glass ceiling at UK law firms. There is still a long way to go, but law firms now are becoming increasingly engaged in fixing this problem.

“Many law firms have accepted that the significant imbalance at the top of their structures is not helping their business. They are responding to that by implementing changes to their strategies that should, given time, be a force for good.”

With immediate effect, all candidate pools for external recruitment for partners or senior business professionals should meet the new targets. From July 2020, in offices which do not yet have at least 25% women partners, at least one out of four partner promotions should be a woman.

Jaime Trujillo, the firm’s acting global chair, said: “We are already making great progress in many areas toward this critical goal. We have more female partners than any other law firm and for the last three years our promotions to partner have been on average 40% women. Several of our industry group leadership teams have at least 50% female members.

“Our new 40:40:20 targets will ensure that we continue to do everything possible to make sure the firm is a fair and inclusive place to work and that we create the best environment for all our people.”