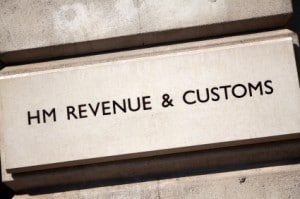 A tribunal judge has described as “beyond comprehension” the failure of a financially struggling law firm to make special arrangements with HMRC under the ‘time to pay’ scheme.

Meldrum Solicitors, based in Hertfordshire, went into liquidation in March this year with the loss of 55 jobs.

The firm told the First-tier Tax Tribunal that it was late paying around £280,000 in VAT because of late legal aid payments. The original hearing was in October last year but the tribunal’s ruling was not released until this month.

Meldrum was appealing against VAT default surcharges of over £25,000 imposed by HMRC for late payments for three periods, ending in October 2011, January 2012 and April 2012.

In Meldrum Solicitors LLP v Revenue & Customs [2014] UKFTT 951 (TC), Dr Khan, the tribunal judge, said the firm specialised in criminal law and most of its clients were funded by legal aid, making it on reliant on payments by the Legal Services Commission (since replaced by the Legal Aid Agency).

Meldrum argued that it could take up to six months to be paid for work and this was the reason for its late VAT payments.

Dr Khan said the firm’s financial difficulties forced it to resort to “short-term loan financing” to supplement its income and meet its expenses. “There were the legal aid payments which were made late but in most cases between 30 and 60 days late, which is one to two months.

“The cash flow information which was provided was not explained in detail to show how it supported the appellant’s arguments. The information was not presented to show how the changes to the payment of legal aid funding affected the business or impacted on the difficulties of the particular firm.

Dr Khan said that not only was a ‘time to pay’ arrangement not made but there was no evidence that it had been considered.