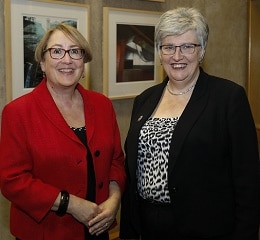 The Scottish government has launched its own version of the Clementi review by appointing a panel of non-lawyers and lawyers to examine the regulation of the profession, with a particular focus on unregulated providers and their impact on consumers.

The review will be chaired by Esther Roberton, formerly a leading member of the Labour Party and currently the chair of NHS 24 – the Scottish equivalent of NHS Direct.

She will be supported by a 12-strong review board, including two representatives each from the Law Society of Scotland and the Faculty of Advocates (Scotland’s Bar Council), as well as the chief executive of the Scottish Legal Complaints Commission, and chairs of the Scottish Solicitors Discipline Tribunal and Scottish Legal Aid Board.

Their remit is to consider “what regulatory framework would best promote competition, innovation and the public and consumer interest in an efficient, effective and independent legal sector”.

They have also to ensure “that the regulatory framework retains the confidence of the profession and the general public”, and are charged with undertaking specific research into the extent of the unregulated legal services market in Scotland and investigate any impacts on consumers, as well as “developing a better understanding of the structure of the legal services market”.

Ms Ewing went on: “The purpose of the review will be to make independent recommendations to reform and modernise the statutory framework for the regulation of legal services and complaints handling.

“The review will focus on the current regulatory framework, the complaints and redress process for providers of legal services, including solicitors and advocates, and ongoing market issues such as investigating the benefits of regulating firms as well as individual solicitors.”

It is not clear to what extent new business structures will form part of the review. A modified form of alternative business structure, limiting external ownership of law firms to 49%, was permitted by the Legal Services (Scotland) Act in 2010, but the Law Society of Scotland has not yet been authorised to start regulating them.

A spokeswoman for the society said it had submitted a scheme to the Scottish government for the regulation of what are called licensed legal service providers.

She said that in February this year, the government confirmed its approval for the society to become a regulator, but the society was “still to be authorised to commence regulation and cannot yet accept any applications from those wishing to be a licensed provider”.

She added: “Further detailed work is needed on our scheme along with regulations which the Scottish government will need to be laid before the Scottish parliament for approval.”

Speaking about the review, the society’s president, Eilidh Wiseman, said: “The main Act of Parliament governing solicitors is more than 35 years old and simply no longer fit for purpose.

“We know the processes for legal complaints are slow, cumbersome, expensive and failing to deliver for solicitors or clients. There are gaps in consumer protection, contradictions and loop holes in the law.

“This is why change is so desperately needed to allow the legal sector to thrive and ensure robust protections are in place for consumers.”

Ms Wiseman said the society would highlight the “growing level of unregulated legal services” in Scotland.

“Many people are unaware that some types of legal services are not regulated – for example, receiving employment advice from a non-solicitor. They may have little or no course of redress if something goes wrong.

“Consumers deserve the same level of protection whether they choose to go to a solicitor, and are therefore covered by Law Society client protections, or to use another legal services provider.”

The Scottish government said the review has 15 months to report back to ministers.