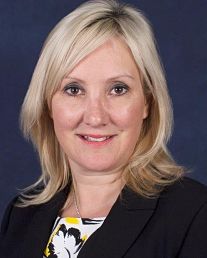 A lack of clear online information is a critical barrier to ordinary people knowing how to resolve their civil justice problems, Ministry of Justice (MoJ) research has found.

It also found that experiences of mediation were often poor, with mediated settlements frequently breaking down in family cases, possibly because mediators were engaged too late in the process, after antagonism between the parties had set in.

The qualitative research and analysis, The Varying Paths to Justice, published last week, was commissioned by the MoJ to examine post-LASPO problem resolution in the civil and family justice systems. Polling organisation Ipsos Mori did 114 interviews, face to face and by telephone, late last year and early this year.

The research found that people were at a loss as to how to resolve their issue. Seeking the advice of a solicitor or visiting the Citizens Advice Bureau – if they could secure an appointment – were common responses.

“Participants felt that authoritative online resources were hard to identify; such resources were typically not clear or comprehensive, and could be contradictory,” the researchers said.

The research came down firmly in favour of support for the not-for-profit sector: “The importance of the CAB and other third sector services suggests that these organisations need to be supported to facilitate improved access for people facing justice issues”.

Equally, the sector’s help with advocacy and representation in cases such as those with domestic abuse present “should be maintained and supported”.

Another report for the MoJ by Ipsos Mori, this time on not-for-profit legal advice providers, published on the same day as The Varying Paths to Justice, revealed that 1 in 10 advice agencies were facing closure next year.

Participants in the survey were receptive to the idea of mediation, whether informal or professional, and wanted to avoid court, but had mixed experiences when they did mediate. In employment cases, mediated settlements proved lasting.

But in family mediations “the process was often not successful because it started too late, when relations between ex-partners had become antagonistic, and because the dynamics of the settlement were complex, involving contact with children and the separation of assets”.

In family cases where going to court was inevitable and legal representation was unaffordable, people tended to litigate in person. They reported it was a “stressful experience” and those who found it a “comfortable” experience said they had been assisted by court staff.

Friends and family were identified as important guides to where to look for help, and could help fund legal representation. But this had access to justice implications for “those without social networks”, the research suggested.

Participants concluded that the use of a lawyer was necessary, particularly in employment and family finance. The complexity of such cases meant retaining a lawyer was perceived as “unavoidable”.

However, the research said, “consideration should be given to exploring how these problems may be effectively resolved without the use of a lawyer – and to promote awareness of these options”.

Family justice minister Caroline Dinenage said last week: “I want to introduce an end to end, user-focused range of services. I want to see a system which minimises the impact of separation on parents and their children.

“Our Varying Paths to Justice report shows that people feel they would benefit from improved access to clear and timely information around the options available to them to help them resolve their problems – especially online. We’ll be looking at that as we consider how best to help those experiencing separation.”

Earlier in the week, Legal Futures revealed that national relationship charity Relate is to launch the first online dispute resolution system for divorcing and separating couples in the UK next spring.

Joe Korner, director of policy and communications at Relate, said it would be based on the pioneering Dutch Rechtwijzer system, which was the first of its kind in Europe.