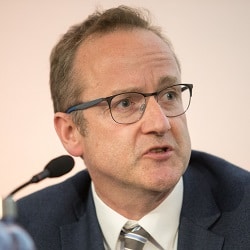 The High Court’s much-debated ruling on former Freshfields partner Ryan Beckwith “does little to offer any useful clarity” on the boundary between solicitors’ professional and personal lives, a white paper has argued.

The paper, produced by regulation specialists at City firm Kingsley Napley, said the judgment underlined the need for the Solicitors Regulation Authority (SRA) to “be clear about how it is reaching its decisions in these tricky cases”.

The High Court ruled last November that Mr Beckwith had not breached the SRA’s code of conduct by having drunken sex with a junior lawyer, although his conduct was “inappropriate”.

The court identified as crucial the fact the Solicitors Disciplinary Tribunal did not find the solicitor’s conduct to be an abuse of a position of seniority or authority. The tribunal had found he nonetheless acted with a lack of integrity.

Kingsley Napley said the white paper was based on a webinar discussion of the judgment last month that was held under the Chatham House rule, meaning the speakers were not identified.

The paper described the ruling as “the first High Court decision which has considered the boundary between professional and personal life in sexual misconduct cases” for solicitors.

“Regrettably, the judgment does little to offer any useful clarity on this important demarcation.”

Although the judgment acknowledged that “on occasion” the principles of integrity, and public trust and confidence would reach into a professional’s private life, this was where “any clear direction” ended.

“Whether the behaviour in question is private or not appears to have been the focus of the court, rather than the nature of the behaviour or who it was between. The judgment suggests an intention of the court to wish to rein back the intrusion of the regulator into private lives of professionals.”

The Solicitors Regulation Authority has around 140 open cases in its specialist sexual harassment and sexual misconduct team, the vast majority of which relate to conduct between colleagues, and over half of the events took place in a firm’s office, over a firm’s IT system or via firm email.

There was “obvious difficulty in drawing up a comprehensive list to describe all of the situations in which behaviour in a solicitor’s private life might warrant regulatory intervention”, as the High Court had pointed out.

“There is an incredibly wide range of behaviours that may arise, ranging from unwanted touching in the office, offensive and crude comments over email or social media, alcohol-related behaviour at work events, criminal convictions and so on.”

The white paper said the judgment “underlines the need for the SRA to be clear about how it is reaching its decisions in these tricky cases”.

In the absence of lack of consent or abuse of power, it would be “very difficult to demonstrate that there was professional misconduct for those cases where the underlying conduct is not clearly office-based”.

In a foreword to the white paper, Richard Moorhead, professor of law and ethics at the University of Exeter, said the ruling “throws a number of obstacles” in the way of the SRA’s desire to take sexual misconduct more seriously.

“It demotes principles in favour of rules, not considering the case law to the contrary. It seems to get the origin of the solicitors’ code and the vires of the SRA’s rule-making powers wrong.

“It imputes consent when the tribunal of first instance makes no finding; an absence of a finding on consent is used to connote consent. And the partner in question is found to have behaved inappropriately, but it is not spelt out how.

“The Divisional Court’s, in my view flawed, reasoning is driven by their ire at what they see as regulatory overreach. The SRA will now have to do considerable work to address the barriers the decision throws up.”