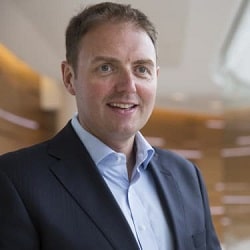 Former Freshfields partner Ryan Beckwith is not a “future risk” to the public or the profession despite his “inappropriate conduct” with a junior colleague, the Solicitors Disciplinary Tribunal (SDT) has said in its long-awaited ruling.

The tribunal cut the costs awarded to the Solicitors Regulation Authority (SRA) from the £344,000 it applied for to £200,000, saying it did not need junior counsel as well as a QC for the entire nine-day hearing.

Mr Beckwith was fined £35,000 by the SDT last October after it found that he had entered a flat belonging to his female colleague, referred to as Person A, “with a view to sexual activity”.

The two lawyers’ accounts of what happened after Person A’s leaving drinks in July 2016 were completely different and the tribunal did not rule on whether or not she consented to the sexual encounter in her bedroom.

On the disputed facts, the tribunal upheld some and dismissed others.

Mr Beckwith, Person A’s supervising partner, did not know that she “had not invited him to her home”, nor was she “vulnerable” because of the amount she had been drinking, because she was not “unused to drinking alcohol or being intoxicated”.

However, he should have known that she was “heavily intoxicated” to the extent that her judgement was impaired and that she had “not allowed him into her home with a view to sexual activity taking place”.

The allegation that “in all the circumstances” Mr Beckwith should have known that “his conduct was an abuse of his position of seniority or authority” was dismissed.

The SDT said it was not suggested by the SRA that Mr Beckwith used his authority over Person A to “convince or induce her” into having sexual activity, or that he “manipulated her” by using his authority.

However, he did know that his conduct, in engaging in sexual activity with Person A, was inappropriate.

The former partner, who resigned from Freshfields last year, was found to have acted with a lack of integrity and failed to behave in a way that maintained public trust in himself or the profession.

The SDT dismissed all the allegations against Mr Beckwith relating to an incident in May 2016 when he was alleged to have “kissed or attempted to kiss” Person A.

On sanction, the SDT said that despite the “amount of alcohol he had consumed”, Mr Beckwith “was ‘compos mentis’ and he knew what he was doing”.

As a “respected partner” at Freshfields, he had a duty of care to junior colleagues like Person A.

However, his conduct was “spontaneous” and a “single episode of brief duration”.

There was “no suggestion that he had coerced or manipulated Person A”, and it was not the SRA’s case that he had “deliberately plied” Person A with drink to get her drunk enough to consent to sex.

“Nor was it the case that he had used his position of seniority and authority to engineer the sexual encounter.

“The tribunal considered that the respondent had engaged in inappropriate conduct in circumstances where his judgement had been affected by the amount of alcohol he had consumed.”

The SDT said the “majority of areas of factual dispute” had not been found proved and Mr Beckwith had shown “genuine insight”. His misconduct was “caused by a lapse in his judgement that was high unlikely to be repeated”.

Mr Beckwith’s misconduct was assessed as “very serious”, but “given the limited nature of its findings, the appropriate and proportionate sanction was a financial penalty”.

On costs, the SDT said the issues in the case were “not significantly complicated” so as to justify the SRA retaining junior counsel for the entirety of the case.

It also highlighted the limited hearing time of nine rather than 10 days, with one day when the parties were not required, and a number of short days.

A spokesman for the SRA said: “We are reviewing the judgment and will then decide on next steps.”

SDT rulings are usually published about two months after the hearing, but this one took significantly longer.