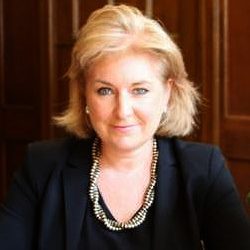 Carr: Wording of email was striking

Solicitors responding to ‘one-off’ requests for information or advice from former or potential clients need to identify the limits of their engagement to avoid negligence claims, the Court of Appeal has warned.

Lady Justice Carr made the comments in upholding an appeal by leading London firm Withers against a finding that it had provided negligent advice when a former client contacted one of its solicitors two years after a transaction about an issue that had arisen with it.

She said: “It is important that solicitors are able to respond courteously and constructively to ‘one-off’ requests for information or advice from former or potential clients or third parties without fear of creating legal liability.

“At the same time, when volunteering any such information or advice, solicitors need to take care to identify the limits of any assumption of responsibility in order to avoid the risk of litigation such as the present.

“Equally, those seeking information or advice from solicitors on an informal basis need to take care to understand the potential limits of the exercise and the extent to which they can reasonably rely on any response.”

Last year, His Honour Judge Pelling QC, sitting as a High Court judge, found Withers had been negligent in its advice on the acquisition for redevelopment of two neighbouring properties on the Fulham Road in London for a combined £42m.

In 2014, two years later, the clients discovered that each of them had buried beneath the ground three high voltage cables (HVCs) owned by UK Power Networks (UPN).

HHJ Pelling found that Withers was negligent in failing to conduct a specialist search for them as part of the conveyancing process, a finding the firm did not appeal. It was ordered to pay damages of £584,000.

The judge went on to the find that, in 2014, after the cables had been discovered, associate solicitor Hannah Robinson failed to advise that the clients were entitled to have UKPN either remove the HVCs at its expense or apply for a statutory wayleave and pay the claimants compensation.

That Withers was not contractually retained to provide advice concerning the clients’ relationship with UKPN was “immaterial because, by providing an unqualified substantive answer to Mr Joy’s request, Withers assumed a duty of care in relation to the content of its advice”.

It was also “immaterial” that Withers did not charge for the advice. Withers was ordered to pay just under £1.5m in damages for this.

On appeal, Withers argued that it did not assume a tortious duty of care in replying to the emails sent by Barnaby Joy, a one-time solicitor who was a director of the developer clients’ development partner.

Carr LJ agreed. Her analysis of the emails was that Mr Joy was trying to find out what was known at the time of the purchase in 2012, rather than requesting advice on the developers’ potential rights and remedies against UKPN.

“Ms Robinson’s advice did not go near the wider issues of the developers’ potential rights and remedies, issues which would in any event have been highly sensitive from Withers’ perspective, given its potential liability for having failed to identify the HVCs pre-acquisition.”

The judge described as “striking” the language of Mr Joy’s request in the key email. He asked Ms Robinson only to “elaborate slightly” on what she had said in an earlier email about statutory rights of access.

“Even allowing for the informalities of email communications, this is not the language of a request for definitive advice by a commercial developer on a point of potentially significant financial value,” Carr LJ said.

Further, the fact that Mr Joy stated that the purpose of seeking answers to his questions was in order to help the developers decide how to approach UKPN “does not lead to a broader construction”.

Carr LJ said her conclusion was reinforced by the uncertainty of the factual position at the time, as neither the developers nor Withers knew when or with what legal authority UKPN or a predecessor had laid the HVCs, and on what legal basis UKPN was maintaining them.

This was even though HHJ Pelling accepted Mr Joy’s evidence that, as a matter of fact, Mr Joy did rely on Withers’ lack of advice as advice that there was no solution available to the developers.