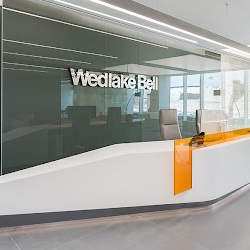 The High Court has struck out a barrister’s petition to wind up a company he said he loaned £30,000 so it could pay the solicitors he introduced to them.

Insolvency and Companies Court Judge Barber found no evidence that the company had agreed to him lending the money and suggested the unpaid bill from London firm Wedlake Bell was “a source of embarrassment” to the unnamed barrister.

A Company (Application to Strike Out) [2021] EWHC 3249 (Ch) concerned a business whose chairman at the time was the barrister’s father.

When it faced legal proceedings in around 2008, the barrister agreed to help as the company could not afford to litigate.

“Memories differ about what was agreed in respect of the petitioner’s fees as counsel,” Judge Barber noted, with the company saying he did as a favour for his father but the barrister not accepting that he waived his fees.

He approached a solicitor at Wedlake Bell to act – though he had not been instructed by the firm personally, the evidence showed that the firm was “well known” to his set and he had met the solicitor through chambers.

The matter went to trial in 2009 and the company largely won, receiving a costs order in its favour. Wedlake Bell’s fees were £62,000 and the barrister’s £89,000, but the company on the other side went into liquidation and its owner bankrupt, meaning nothing was paid.

Wedlake Bell was still chasing payment two years later and putting pressure on the barrister, rather than the company.

With the company saying it was unable to do so until it had sold its software, the barrister paid Wedlake Bell £20,000 and then another £10,000 a year later.

He told the court that his father and the company’s managing director, James Waters, had agreed that these payments would be treated as loans, but Mr Waters denied this.

In 2014, Mr Waters suggested to the chairman that the barrister be given some shares in the company because of “the debt we owe him”. Mr Waters maintained that he was referring to a debt of gratitude.

It was only in 2020 that the barrister sought repayment and eventually presented the winding-up petition. Having initially threatened to include the non-payment of his counsel’s fees, in the end it was just for the £30,000.

The barrister’s evidence was that he had a “very clear recollection” of the loan agreement, but Judge Barber noted that it “was not referred to in any of the pre-petition correspondence”.

He continued: “I do not suggest for one moment that the petitioner would knowingly mislead the court. It is entirely possible however, that as the dispute has intensified, he has persuaded himself of what, in his view, ‘must have been’. This is a well-recognised phenomenon.”

The judge pointed out the lack of particulars about the agreement or its terms: “As experienced counsel, the petitioner may be taken to appreciate the importance of such particulars.”

He continued: “The petitioner’s case rests on an extremely vague allegation of an oral agreement, which is not supported by contemporaneous documentation and is very much disputed by Mr Waters in his written testimony.

“Such correspondence as there is in evidence supports the company’s contention that the petitioner made these payments of his own volition.

“On the evidence before the court, it is at the very least seriously arguable that Wedlake Bell’s outstanding bill was a source of embarrassment to the petitioner, given that he had, in his words, ‘pulled in a big favour from Anna’ [the solicitor who acted for the company] and given also Wedlake Bell’s connections with his chambers.”

Judge Barber concluded that it was not a matter suitable for disposal by way of petition. “On the evidence before me, the petition debt is disputed on genuine and substantial grounds.

“The petitioner has already started an ordinary action in which he is pursuing the £30,000 and his outstanding counsel’s fees, together with other sums. That is the appropriate forum for this dispute.”