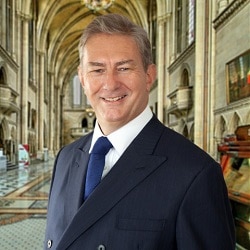 Hodgkin: Hoping for several hundred barristers to sign up

The scheme is free on the basis that it is limited in each case to 30 minutes of telephone advice followed up by a short email confirming the advice provided.

The client will be asked to email a short, concise summary of the issue in advance.

Head of chambers Harry Hodgkin said that in cases where further work was required, it would be for the barrister to decide what further pro bono advice they would provide.

He said: “We are looking to establish a national panel of barristers practising across all areas of law as quickly as possible.”

The call has initially gone out to the 1,000 barristers already registered with Clerksroom Direct – its public access service – and Mr Hodgkin is also approaching chambers across the country.

He said he hoped to have several hundred barristers signed up ahead of launch early next week. The scheme will then be publicised through social media and contacts.

There are 6,000-plus barristers authorised to do public access work, but Mr Hodgkin pointed out that barristers did not need to be authorised to work pro bono – although he suggested that those who were not should nonetheless try and go through the training as soon as they could as some cases could run on.

He acknowledged that risk of the service being “deluged”, and if so some form of triage would need to be introduced – this could include using ‘Billy Bot’, the robot junior clerk operated by Clerksroom.

Barristers who are existing member of the Clerksroom Direct panel should contact it in the usual way. For those who are not members, click here to register.