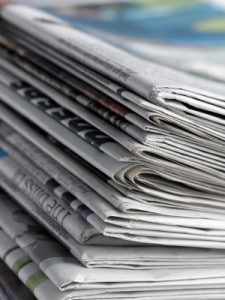 Pre-condition for instructions: national newspapers among those to seek deal

Barristers need to resist pressure from big clients and government departments to agree not to act against them in the future if they want instructions, the Bar Council has said.

It would be “professionally improper” to agree to such a condition, which could otherwise enable such clients to “monopolise competent representation in their field”, the body warned.

Guidance on retainers and other fee arrangements, issued this week by the Bar Council’s ethics and remuneration committees, reported that some major clients are said to be seeking to require barristers to declare that they will not act against them in the future as a pre-condition of receiving instructions.

“We believe that the problem most commonly occurs in relation to insurance companies, national newspapers, large accountancy firms, and some US clients,” it said.

“We have also been made aware that those who are members of certain government panels at times feel under (or are placed under) pressure not to accept instructions to act against the governmental body on whose panel they serve.

“In our view, it would be professionally improper for you to agree, expressly or implicitly, to such a condition. In effect, it would be an attempt to ‘contract out’ of the ‘cab rank rule’, which positively obliges you to accept instructions against an existing or former client unless a specific conflict would result…

“You must remain free to test any proposed new instructions against existing and previous ones on a case-by-case basis. Were it otherwise, then major clients could quickly ‘scoop the pool’ and monopolise competent representation in their field.

The guidance also warned barristers to be wary of attempts artificially to “create” such conflicts. “Any conflict must be a real one.”

Similarly, a ‘special retainer’ which debars a barrister from accepting a brief from any other party in a particular case is likely to be objectionable, at least up to the time when instructions are received.

In relation to ‘booking’ fees charged before work has been undertaken, it depends on whether the fee can be said to be incurred for professional services supplied or to be supplied.

“For example, if you agree to keep yourself free in order to undertake a particular piece of work, it will be acceptable to charge a non-refundable fee so long as that fee is genuinely a payment in respect of the work that you anticipate carrying out. The fact that, in the event, you are not required to carry out the work does not alter the fact that the fee was paid for work to be undertaken…

“However, there are cases where barristers have sought to charge merely for ‘agreeing to act’ in respect of a particular matter (but not for undertaking any further obligation). Such a fee is not a fee for professional services supplied or to be supplied, and is likely to be objectionable.”

The guidance cautioned over arrangements where barristers are ‘retained’, in return for periodic payments, to deal generally with whatever legal matters may arise.

While in principle these are acceptable, it said: “It is not unusual, particularly at the junior end of the common law bar, for flat-fee arrangements of some sort to be proposed by solicitors, clients or claims handlers who wish to cap their legal costs.

“In practice, there is a real risk that such fee arrangements may be linked with doubtful work practices that prejudice the young barristers’ professional independence and lead them into danger of breaching other rules or their core duties in the BSB Handbook.

“There is also a danger that such an arrangement will amount to or involve a disguised referral fee or commission, which is prohibited by the handbook.”

The guidance, which is not official guidance for the purposes of the BSB Handbook, also includes a checklist to help barristers identify the issues with novel fee arrangements. It can be found here [2].