Barristers to lose out from Iraq claims firm’s liquidation 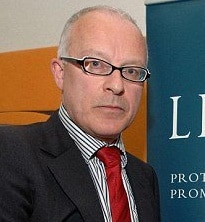 Barristers instructed by now-defunct Birmingham law firm Public Interest Lawyers (PIL) are set to lose out significantly from its liquidation, although its collapse may yet spark legal action, it has emerged.

PIL was put into compulsory liquidation following the strike-off and bankruptcy of its controversial owner, Phil Shiner, and owes 70 unsecured creditors £6.3m, according to the newly published annual progress report of the joint liquidators at PCR.

“A number of these claims were from counsel chambers representing their members,” it said.

PIL closed in 2016 after its legal aid contracts were pulled.

Further, HM Revenue & Customs has yet to make a claim for £152,000 the liquidators believe it is owed.

The joint liquidators said they won a tug of war with Mr Shiner’s trustee in bankruptcy to claim £160,000 retained in PIL’s accounts – almost all of what they recovered in the first year of their work – while more than £700,000 of costs are still being claimed from the Legal Aid Agency.

“It should be noted that this amount is uncertain and subject to ongoing discussions with the Legal Aid Agency,” they said. But there will likely be an as-yet unspecified payment to unsecured creditors.

In February 2017, Mr Shiner was struck off after 22 charges of professional misconduct, including dishonesty and lack of integrity, were upheld against him. They related mainly to claims he brought against the Ministry of Defence over alleged abuse of Iraqis by British soldiers.

He petitioned for bankruptcy the following month, declaring that he had no money to pay his creditors. However, less than a year later, the bankruptcy restrictions were extended by five years over his efforts to deny paying creditors by gifting nearly £500,000 of assets to his family before declaring himself bankrupt.

The liquidators said they have identified “a number of potential claims” following a review of PIL’s affairs but did not go into any more detail.

They said the liquidation would likely be open for another two years until their investigations were concluded and all potential assets realised for the benefit of the estate.