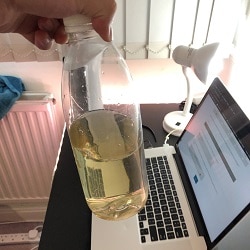 Barristers have offered to support the dozens of Bar students who have so far reported major problems with taking their exams, including having to urinate into bottles and buckets in front of their computers.

Shadow justice minister Karl Turner MP also weighed in, saying he would be “formally” writing to the Bar Standards Board (BSB) about the problems, and would also be calling on his inn, Middle Temple, to investigate.

Students Against The BSB Exam Regulations (SABER), which has been co-ordinating concerns about the BSB’s approach to online exams, said last night that so far 57 students have filled in a survey of their experience of taking the ethics test, and all but one reported “serious problems”.

SABER said it was trying to show the BSB that it was not only a “small number” of students affected, as it said in a statement to Legal Futures, by the technical problems we reported yesterday that mean some will now not be able to sit the exam until December.

London Bar professional training course student Tian Juin See tweeted a photo of the bottle of urine he said he filled during the exam, after the proctor who was watching him online confirmed that he was unable to leave his desk to go to the toilet. He had to keep his eyes on the screen while doing it.

Under the rules of the Pearson VUE system the BSB is using, leaving the room leads to the exam being automatically terminated.

Mr See – who has changed his Twitter bio to “the guy who peed in a bottle during a bar exam” – had to empty out his water bottle on the floor so it could substitute.

A female student also tweeted: “I took a bucket in and worse a long maxi dress so that I could squat down with face still on camera.”

The BSB has not yet responded to our request yesterday afternoon for an update on the situation and its view of students have to urinate in this way.

An increasing number of prominent barristers took to social media to express their dismay and offer students help.

Bernard Richmond QC, head of Lamb Building and chair of Middle Temple’s education committee, said he planned to contact his counterparts in the other inns and circuits, and hold a Zoom meeting on Monday, with the aim of “writing a collective letter to BSB (and others) about these chaotic exams”.

Mary Aspinall-Miles, of 12CP in Southampton, urged members of pupillage committees to join forces to write to the Bar Council and BSB about what has happened. “This treatment should not be happening in our profession’s name,” she said.

Philip Marshall QC of 1KBW tweeted: “Every practising barrister should be ashamed and frankly outraged by the way in which BPTC students have been treated and some cases degraded by @barstandards and its providers this year. On behalf of us all, I am truly sorry.”

In a statement, the Bar Council said: “We are monitoring the issues that faced students sitting their centralised BPTC assessments yesterday. We have been liaising with the BSB to raise issues on behalf of specific students over the last few weeks and will continue to do so.”

The problems have also provoked a spoof BSB Twitter account, No Standards Board, which includes advice like: “We take wellbeing at the Bar very seriously. We are aware that some students are reporting waiting up to an hour to have their exam released to them, or to be informed that they are not sitting this exam until December. Why not use this time to think mindful thoughts.”

Meanwhile, Shelly Glaister-Young, a barrister at 42 Bedford Row, tweeted: “i’ve decided during next week’s trial, i’ma deprive myself of fluids all day, interrogate myself if my eyes leave my screen, have a bucket under my chair to pee in & turn my tech off every hr for the true, authentic, being-a-barrister experience we’re training our students for…”

Rather than contacting Pearson VUE with problems, which it is saying it may take three to five days to respond, some students are saying that they received a far quicker response by emailing: exams@barstandardsboard.org.uk