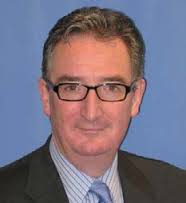 Barristers are shunning the chance to go into direct competition with solicitors and conduct litigation for clients in addition to their advocacy, it has emerged.

Delegates at Saturday’s Bar conference also heard that while public access also remains “under the radar”, there is evidence of clients preferring the cheaper option of going direct to a barrister.

Speaking at a session on advocacy, Bar Council chief executive Stephen Crowne said that only 200 barristers had taken up litigation rights since they were opened up in January 2014. At last year’s conference, the figure was put at 129.

He said: “It’s a conundrum for us that so few have taken up that route. There is clearly some reluctance and concern among a significant number that it dilutes the barrister brand.”

Andrew Langdon QC, vice-chairman elect of the Bar Council and leader of the Western Circuit, added: “There is nonetheless a feeling that litigation could grow – but it certainly isn’t happening now.”

A key aim of granting the litigation right is to relieve clients approaching public access barristers from having to act as a self-representing litigant and conducting certain administrative tasks themselves if they are not going through a solicitor.

In a separate session on public access, Andrew Granville Stafford, of 4 Kings Bench Walk and chairman of the Public Access Bar Association, told delegates: “Public access is still very much under the radar for many at the bar and the wider general public.”

He said there was also a “lack of understanding” among judges of the role of public access barristers. “Every time I appear before a judge and say I am acting through public access, they equate it with pro bono.”

While public access work opened up for the Bar new avenues of work at a time when many of its traditional areas were under pressure, Mr Granville Stafford noted that many barristers who have qualified to undertake pubic access work have never taken a case.

Delegates repeatedly argued how much cheaper barristers are than solicitors. One gave the example of a six-month trial that he had conducted through public access in which his costs were one-fortieth of those of the solicitor acting for the other side. “This is the message we should be getting across,” he told colleagues.

Another observed: “Clients are sick to the back teeth with solicitors’ charges and have cottoned on to public access – they tell me that they have paid me £12,000 and paid the solicitor £85,000 and it is me who has done of the work.”

However, the work is taking off for some. Cotswolds Barristers in Cheltenham, which has seven members, practises exclusively through public access and is currently running the largest ever public access case – Alexander v West Bromwich Mortgage Company.

Mark Smith, from the set, said: “We went that way last April and it was the best thing I’ve done professionally.”

In June, the Bar Council joined forces with the two Preston-based barristers behind the Direct Access Portal (DAP) to relaunch it, from 1 July, as the “go-to website” for consumers looking for a barrister.

For those who fear that public access and other reforms could spell the end of the split profession and the specialist independent referral bar, Max Hill QC, head of Red Lion Chambers and leader of the South Eastern Circuit said: “Despite new structures and entities and direct access, the bar is no closer to fusion now than we were a year ago.”