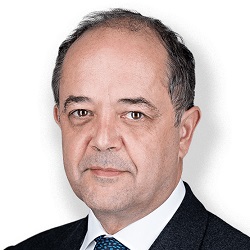 Barristers who win cases on behalf of causes they back should avoid making “supportive” comments or risk undermining their independence, the vice-chair of the Bar Council has warned.

Nick Vineall QC said that although it was “wrong for anyone” to describe lawyers as ‘lefty human rights lawyers’ or ‘activist lawyers’ on the basis of the causes they were advocating, it was “worth remembering that some of us sometimes take on cases where we strongly disapprove of our client’s position”.

In a blog for the Bar Council website, Mr Vineall said he wanted to “offer a note of caution” about the way in which barristers respond when clients “whose causes we do approve of” win cases.

“There is no better feeling than that – perhaps you have been acting for the underdog, for the obviously wronged but oppressed party, for the person who was fitted up by the police, or for the person who has successfully challenged some form of executive action or government policy of which you strongly disapprove.

“It can be very tempting to say – out of court – something positive, something supportive.

“But by doing so we risk being associated with, or identified with, our client – not by virtue of discharging our function – but by virtue of deciding to make a value judgement on the case.”

Mr Vineall said he did not suggest returning to the situation when he started at the Bar and it was “misconduct to make any comment on a case in which you were instructed”.

But commenting on cases and their outcomes was “often highly undesirable”.

It made life “more difficult” for colleagues advocating for causes which they did not approve of.

“For example, someone might say ‘Barrister X has just won his case for Y. Why isn’t Barrister X saying how pleased he is? It must be because he doesn’t really approve of Y’. That is not fair to Barrister X, nor to client Y.”

Another disadvantage of too much commenting on cases was encouraging the association of advocates with specific causes, making it harder for the Bar to persuade people that the cab-rank principle was “an important part of the profession’s support for the rule of law” and risked “prejudicing your independence”.

Mr Vineall linked the issue to that of acting for those facing sanctions imposed following Russia’s invasion of Ukraine.

This should make barristers think hard about their professional duties and the need to comply with the cab rank rule “even if – in fact especially if – it means acting for clients who are on the wrong side of public opinion”.

“We should continue to deprecate those – however important they might be – who make disparaging comments about lawyers on the basis of the causes they advocate.

“But we should also temper the occasional enthusiasm of some of us to comment publicly on the outcomes of our clients’ cases. In all of these ways we can help to maintain our profession’s independence and support the rule of law.”

He added that there was “considerable concern” about the way licenses to act for and be paid by sanctioned individuals and organisations were being processed.

He said the Treasury had responded to parliamentary questions last month revealing the “alarming fact” that it did not know how many applications for licences had been made and how long they took.

The QC said the Bar Council would continue to press the government for proper answers.

“It is profoundly unsatisfactory to impose sanctions unless there is an efficiently run and adequately staffed system for dealing with licences.”