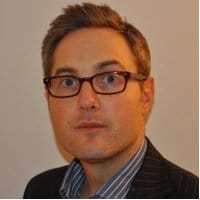 The Bar Standards Board (BSB) has issued a formal request to Queen’s Counsel Appointments (QCA) – the body which runs the annual silk round – to consider developing a system of re-accrediting criminal QCs as “it is not in the public interest to exempt QCs from quality assurance”.

The move follows a previous announcement after the regulator’s January board meeting in which the BSB said it would explore other ways to protect the public from poor standards of advocacy given the continuing uncertainty over the Quality Assurance Scheme for Advocates (QASA).

The legal challenge to QASA is now before the Supreme Court.

QCA is a joint venture between the Bar Council and Law Society that supports the independent QC selection panel.

The BSB said it had first raised the potential for QCA to play a role in the continuous quality assurance of QCs two years ago in its response to final QASA consultation.

Oliver Hanmer, the BSB’s director of supervision, said: “It is our job to set up systems that safeguard clients from those advocates who are simply not as good as they should be, no matter their level of experience. We are resolutely committed to achieving this aim.

“QASA is devised to assess minimum standards of competence that advocates should be able to demonstrate so as to practise safely and competently in criminal trials, which, by their nature, can have serious consequences for often very vulnerable people.

“Criminal barristers are appointed QC because they consistently operate at the highest standards of advocacy. And, while we firmly believe it is not in the public interest to exempt QCs from quality assurance, we think QCA – should they accept our request – may be better placed than we are to deliver this process.”

A spokesman added that the request was limited to criminal specialists, rather than all silks, because it was framed in the context of QASA.

Last week, the Legal Services Consumer Panel said QC status should be available to all advocates appearing in the higher courts, whether or not they are barristers or solicitors.