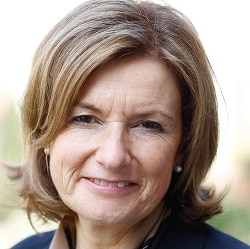 Goodwin: The future is grim

Criminal defence barristers have made a desperate plea to peers for government support to survive the Covid-19 crisis, with solicitors agreeing that the profession was in dire straits.

Giving evidence last week to the House of Lords constitution committee, Caroline Goodwin QC, chair of the CBA, said requests to for a cash package to the Treasury had so far “fallen on deaf ears”.

Surveys by the CBA and the Bar Council suggested that chambers would start to become unviable from around September because, unlike the hospitality industry, no relief around business rates had been given, and because advocates will have had no trial work since March.

“Our entire fee structure is built upon trials and so no trials, no significant income…

“The future is grim. The very large multi-handed trials cannot be listed at the moment because of the difficulties with social distancing… Those are the real backbone of the financial push into chambers which covers all of our expenses.”

She added that members of the self-employed Bar could not furlough themselves and have been “outwith the thresholds for self-employed income help and support… We are finding ourselves in a very dire situation”.

Ms Goodwin described the Bar as “a finely balanced, bespoke profession” and in the modern era family wealth could no longer be relied on as a financial backstop.

“The ‘bank of mum and dad’ is no longer there within a socially mobile profession and we need to keep it that way. But we need help.”

She stressed that, unusually, barristers took on responsibility for funding the next generation through the pupillage system, whose future was now jeopardised by the absence of trials

“To the extent that everything stopped [due to the virus] – no trials, virtually no immigration work, personal injury pretty much collapsed, [no] conveyancing… that cessation of activity led to a cessation of cash, put bluntly.”

He continued: “I don’t consider that larger law firms are in any sense immune. The timing for that is going to be slightly different.

“Many had deals in the pipeline. What they are now worried about is global recession, whether there are going to be any cross-border deals, is international work going to keep coming? Their time is going to come.”

He added that legal aid was different too: “You had solicitors there that were shockingly underpaid… Those is in the criminal world don’t make money in the magistrates’ courts. They make the money, if they can, in jury trials. No jury trials, no money.

“The additional work flooding into the magistrates’ courts makes the situation worse.”