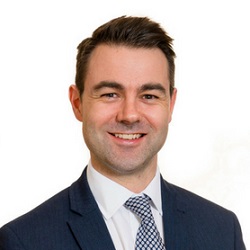 Anderson: Proud of what we’ve achieved

One of the country’s largest chambers is planning to be the first to publish details of barristers’ incomes and caseloads, which would enable comparisons to be made based on gender and ethnicity.

David Anderson, head of corporate services and company secretary of St John’s Buildings Chambers, told Legal Futures the chambers was “proud of what we’ve achieved” on diversity and wanted to do more.

Mr Anderson said the members’ prospectus published by the chambers last summer was the first of its kind in giving details of the cost of joining chambers and the expenses barristers pay.

St John’s Buildings Chambers, which has 245 barristers, operates from four buildings in Manchester, Sheffield, Chester and Liverpool. Each of its members owns an equal number of shares in the service company that owns the buildings.

According to the prospectus, new members have to pay just over £25,700 for their shares. Mr Anderson said “buying-in options” were available for younger barristers.

Expenses are billed on a sliding scale of between 9.5% and 14% of income, plus a standing monthly charge of £125.

Until now, St John’s has published only the diversity data that it was required to do by the Bar Standards Board.

Mr Anderson said the prospectus had had a positive impact “both on the number of applications we are receiving and on the diversity of our applicants”.

What the chambers had not seen was “a large number of London-based applicants looking to relocate out of the Inns of Court following the pandemic”, although that is a trend he expected to see as barristers realised the “fantastic opportunities” outside the capital, both in quality of work and life.

“Historically, chambers have been very reserved when it comes to publicising what they charge by way of expenses, for fear of other chambers undercutting them.”

He said St John’s took a “deliberate decision to take pride in the exceptional team and range of services we offer and the value that represents” so other barristers could compare it to their own chambers.

However, there was a “clear explanation” for this, Mr Anderson said: 84% of those working flexibly were female and when flexible workers were removed from the comparison, the chambers fell “only very slightly short” of having equal earnings by gender.

This was “largely driven” by the higher percentage of senior barristers with over 20 years’ call being male, a gap that continued to close.

“There are other factors that also influence briefing decisions taken by our clients and that we work with clients to address.”

Bar Standards Board research published last week showed that the average income of female barristers was only 53% of male barristers.

He added that seven pupils were recruited this time last year, five of whom were women and three from ethnic minority backgrounds.