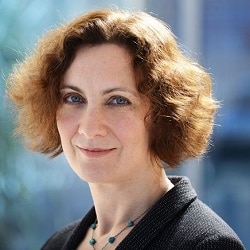 One of the country’s leading QCs has suggested that barristers on the Attorney General’s panels should consider resigning in protest at the government’s hostility to the law and lawyers.

Dinah Rose QC was reacting to a report in The Guardian that last month a man with far-right sympathies and armed with a large knife entered an unnamed London immigration law firm and launched a “violent, racist attack” that injured a staff member before being overwhelmed.

The firm asked the Law Society to raise it with the Home Office and Ministry of Justice, which it did.

But at the Conservative Party conference earlier this month, Ms Patel hit out again at “lefty lawyers” acting for migrants, who she said were “defending the indefensible”.

Then in his conference speech, Prime Minister Boris Johnson claimed that the criminal justice system was “being hamstrung by lefty human rights lawyers”.

The profession has reacted furiously to the comments, adding to concerns about the rule of law caused by the controversial Internal Markets Bill.

Ms Rose, who practises from Blackstone Chambers, tweeted that it was “impossible to say for sure” whether the man who attacked the law firm was inspired by Ms Patel.

“But we do know that she was told of the attack, and chose to respond by ramping up her rhetoric of hate against lawyers.”

She continued: “I don’t say this lightly. The Attorney General maintains panels of barristers who are available to act for the [government]. It may be time for members of those panels to consider whether they should continue to serve a [government] that breaks the law and places lawyers at risk.”

There are some 400 junior barristers on the Attorney General’s panels.

The suggestion received a mixed reception. Leading human rights barrister Adam Wagner tweeted: “I see the force of this although I would also worry if the most liberal minded and independent of the AG panel started disappearing.”

Roddy Dunlop QC, head of the Scottish Bar, the Faculty of Advocates, wrote: “I hear you. But even those that break the law are entitled to representation. Acting for a client, any client, does not signify agreement with or condonation of what they have (allegedly) done. No matter how outrageous that may (allegedly) have been.”

Jason Braier, an employment specialist at 42 Bedford Row, suggested that were Ms Rose’s Blackstone colleague Sir James Eadie QC – the First Treasury Counsel – to resign, or issue a statement along with Lisa Giovannetti QC “and other silks who often represent the government in the main immigration appeals, all of whom are truly lovely and honourable people, [it] could speak volumes”.

High-profile solicitor David Allen Green, who writes for the Financial Times on legal issues, said he would resign were he on the panel. He said he spent two and a half years as a government lawyer, “executing policy to which I personally was often opposed, but this is of a different magnitude”.

Well-known housing solicitor, Giles Peaker, a partner at Anthony Gold and founder of the Nearly Legal blog, said: “I think this is extremely difficult, but that you may well be right. When a Secretary of State is apparently willing to put lawyers at continued risk of violence, despite having been told of a possible consequence of her previous comments, it may be time.”

Robin Murray, who is vice-chair of the Criminal Law Solicitors Association, added: “I think solicitors also should immediately withdraw from all joint committees and panels until a full explanation and apology to the profession is given. We cannot allow a government to put members of legal profession in physical danger without some repercussions! Or we face more.”

Last week, leading legal aid firm Duncan Lewis issued a lengthy statement in response to Ms Patel and also a story in the Mail on Sunday about how much legal aid its immigration clients had received.

It said: “It would seem that the government along with some media outlets is creating a rhetoric which creates hatred not only of immigration and publicly funded lawyers, but of immigrants generally. The effect of this has very serious consequences to individuals’ lives and liberty.

“We are now seeing our lawyers experience abusive behaviour and receive abhorrent and threatening messages online daily for simply trying to do their job and be a voice for the most vulnerable: victims of torture, victims of trafficking and unaccompanied asylum-seeking children. This has to stop.”

It has been suggested that ministers who are also barristers could be guilty of serious professional misconduct as a result of the Internal Markets Bill breaking international law, but the Bar Standards Board refused to comment on whether it has received any complaints, as is its policy.