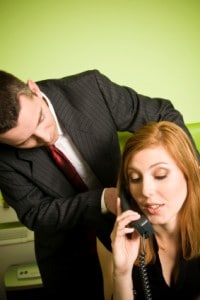 Reports of sexual harassment at the Bar are not turning into formal complaints to barristers’ regulator, new figures have shown.

The Bar Standards Board’s (BSB) annual enforcement report said it received just eight complaints about sexual harassment in the year to 31 March 2018, compared to none at all the previous year.

Of these, two have so far led to disciplinary action being started and four have been dismissed.

A BSB spokesman said it has so far received a further two complaints in the current year.

Earlier this year, Bar Council research said that 21% of employed and 12% of self-employed barristers reported that they had personally experienced harassment or bullying at work in the two years prior to the survey.

In the BSB’s own Women at the Bar report in 2016, 40% of 1,300 women said they had experienced harassment, but the vast majority failed to report it.

Overall, the enforcement report showed that the number of complaints about barristers increased significantly in 2017-18, up 29% on last year to 475.

Complaints from litigants in person and about misleading the court, or rudeness and misbehaviour, have all increased sharply, but most were dismissed at the initial assessment stage, “with the common theme being the lack of public understanding of the role of the barrister in adversarial proceedings”.

The number of reports from the profession about serious misconduct increased 21% to 133, but nearly half (44%) were assessed as not requiring regulatory action, which the report said indicated “that the Bar is still erring on the side of caution when making reports”.

Fewer cases were referred to disciplinary action, 47 in 2017-18 compared to 62 the previous year, and the number of barristers disbarred fell even more sharply from 20 to six.

At last week’s meeting of the full board, at which the report was discussed, there was concern expressed that the time taken to conclude disciplinary tribunal cases increased from an average of 15.1 months to 17.9.

The report suggested that this reflected “the increasing complexity of disciplinary cases and the level of challenges to the process”.

But, suggesting that targets may be a way forward, BSB chair Baroness Blackstone said cases needed to be concluded more quickly – to relieve innocent barristers and sanction guilty barristers sooner.