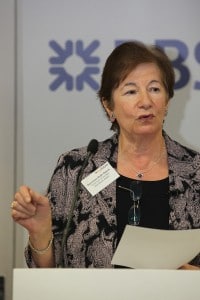 Nearly one in five criminal and family barristers are considering joining alternative business structures (ABS) with non-lawyer owners, while four out of 10 of all barristers plan to apply, or are thinking of applying, for authorisation to conduct litigation, according to a major survey.

In a statistical snapshot that showed barristers struggling to cope with the impact of legal aid cuts in publicly-funded work, the biennial survey of the Bar 2013, Barristers’ working lives, found the earnings of two thirds of self-employed criminal barristers had fallen. More than half were not satisfied and were considering their options – with nearly a fifth intending to leave the profession altogether.

The survey was the second of its kind. The first biennial survey was published in February 2012.

Meanwhile, the survey revealed that the Bar Council’s BARCO escrow service – an initiative designed to assist direct access barristers to compete with solicitors – had a very low take up and poor brand recognition among barristers.

In a sign that direct access has a growing appeal to barristers, one in five barristers said they planned to take public access training in the next two years and another 21% thought they might. If the plans are carried through, almost half of the Bar will soon be qualified to deal directly with clients.

But ambitions to take advantage of new litigation rights were more limited. About one in seven barristers had firm plans to apply for authorisation to conduct litigation, and another quarter were considering it.

The barristers who responded to the survey showed a greater appetite for joining BSB-regulated entities – ABSs – that had only barrister owners and managers. A third of family barristers (34%) and a quarter of criminal barristers (26%) said they had “definite” or “possible” intentions to become involved in such an entity. However, 17% and 18% respectively were considering joining ABSs which included non-lawyer owners.

Overall, nearly three quarters of self-employed barristers said they would “do something in preparation for new ways of working”, such as “increasing their understanding of different ownership models”.

Making use of the Bar’s escrow service, BARCO, was not among steps many barristers planned to take. Just 2% intended to use it in the next six months, while 3% they would use a different escrow service. Meanwhile, one in three respondents did not know what BARCO was.

In terms of the diversity of the self-employed Bar, the survey showed that men continued to outnumber women by two to one. In the employed Bar the ratio was 50:50. The proportion of black and minority ethnic barristers was unchanged from 2011 at about one in 10.

The survey showed younger barristers were more likely to be Oxbridge educated, a trend reported by Legal Futures in November 2012. It said: “In recent years more new entrants to the Bar were educated at Oxford or Cambridge with 45 per cent of the Young Bar (new entrants 1-3 years) having attended Oxbridge, compared with 31 per cent across the remainder of the Bar.”

Across all barristers, 32% went to Oxbridge, 39% to Russell Group universities (for example Bristol, Edinburgh, Imperial, LSE, Kings), and 7% to ‘1994 Group’ universities (such as Bath, Durham, Exeter, York). Just 13% went to the old polytechnics.

The survey was sponsored by the Bar Standards Board (BSB) and the Bar Council. Some 3,276 barristers participated out of 7,406 who were invited. The response rate of 44% “demonstrates the Bar’s willingness to engage with its representative body”, said Nicholas Lavender QC, chairman of the Bar.

Surprisingly, 9% of barristers reported they had personally been bullied or harassed at work in the past two years and a similar proportion said they had experienced discrimination. Even more (11% and 9% respectively) said they had witnessed these behaviours in their workplace.

Commenting on the findings, Baroness Ruth Deech, the BSB’s chair, said: “An increase of this scale in the number of barristers people can access directly is good news for consumers as it would increase consumer choice and potentially bring their costs down. Allowing these barristers then to conduct litigation will help take the administrative burden off members of the public – who may lack the time and expertise to do this…

“Yet again, this important research provides invaluable insights into the profession and the detailed data captured here will be extremely useful in informing our work in the future.”

Mr Lavender said: “As some parts of the profession continue to go from strength to strength, other parts of the Bar, and in particular the publicly-funded Bar, have fared less well, with falling fee rates for all and for many less work than before. This issue significantly impacts the barristers’ experience in the profession and their willingness to recommend the Bar as a career.

“As a result of the Government’s cuts to legal aid, we should be concerned about what this means for the future of the profession, of the criminal, family and civil justice systems and of the public they serve.”