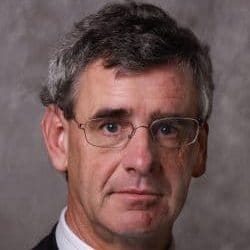 The High Court has refused a barrister permission to challenge a decision by the Judicial Appointments and Conduct Ombudsman over a complaint she made about Supreme Court justice Lord Briggs.

Marion Lonsdale was seeking to bring judicial review proceedings over the ombudsman rejecting her argument that the Judicial Conduct Investigations Office (JCIO) had in turn erred in throwing out her complaints about the behaviour of Lord Justice Briggs, as he then was.

Ms Lonsdale practised full-time as a barrister from 1983 to 2013. In 2009, a disciplinary tribunal upheld five charges of professional misconduct over her acting in breach of the public access rules.

The sentence was a direction that she be advised as to her future conduct, specifically in regard to the rules, and she was ordered to pay costs of £4,379.

Ms Lonsdale applied for judicial review, but Mr Justice Davis (as he then was) refused permission save for a challenge to the power to make the costs order. That was ultimately dismissed by Mrs Justice Patterson.

Ms Lonsdale also sought judicial review of the decision by reason of the alleged invalidity of appointment of members of the disciplinary panel; this was stayed pending resolution of the issue by the Court of Appeal in other cases in 2014.

The application for permission to pursue this ground was then refused by Mr Justice Males (as he then was), who certified that it was a complaint without merit.

She sought to appeal the two decisions, but Briggs LJ refused permission. The barrister then complained to the JCIO, arguing among other things that he should have recused himself as he was not capable of being impartial, given his past work for the Bar Council and Bar Standards Board.

The JCIO rejected the complaint on the basis that it was about the judge’s decision-making, rather than an allegation of misconduct.

It told her: “Judicial decisions can only be challenged through the courts. A judicial disciplinary process cannot be used as an alternative method of challenge.”

Ms Lonsdale then complained to the ombudsman about the JCIO’s decision; the ombudsman’s role is to investigate the JCIO’s process, rather than the substance of the decision.

The ombudsman too rejected her complaint, finding that the JCIO had “appropriately advised her that it could not look at her concerns”.

In the case before Anthony Elleray QC, a deputy High Court judge, Ms Lonsdale sought to bring a judicial review of that decision.

He refused permission: “The ombudsman cannot review the merits of a JCIO decision (s.110(6) of the 2005 [Constitutional Reform] Act). He could not, in my view, have found the JCIO wrong to have concluded Ms Lonsdale’s complaints did not constitute an allegation of misconduct or on that basis to have rejected her complaint.”

Disagreeing with the JCIO’s decision did not amount to a “failure to comply with the prescribed procedures”, the threshold for an ombudsman review under section 110.

The judge added, as “mere comments”, that there was no finding of a superior court criticising Briggs LJ, and that the JCIO could not investigate misconduct in the decision absent such criticism.

Concluding, he said: “The ombudsman (and if relevant the JCIO) did in my view correctly identify the distinction between (i) the making of a judicial decision and (ii) the conduct of the judge in the course of decision-making activities.

“I do not consider there was a failure of process or maladministration about which the ombudsman should have intervened.”