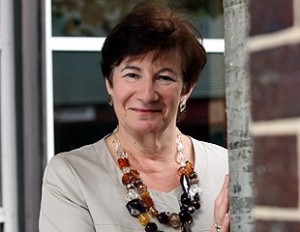 Barristers will be allowed to conduct litigation and form associations with non-barristers after the Legal Services Board approved the new Bar Standards Board (BSB) code of conduct.

The revolution will begin in January 2014 and the new regime will be extended to catch unregistered barristers as well.

Self-employed barristers will be able to apply for an extension to their practising certificates to conduct litigation. “This will relieve clients approaching public access barristers of the task of having to act as a self-representing litigant and conducting the administrative tasks themselves or going through a solicitor,” the BSB said.

Allowing barristers to share premises and form associations with non-barristers will allow counsel “to pool together risks and resources”, the BSB said, and enable them to work in new ways.

But the Handbook introduces safeguards to deal with risks such as evading regulation by outsourcing, and conflicts of interest when a barrister has an interest in a business to which he refers a client or which refers clients to him.

Other major changes include requiring regulated persons to self-report and report others in relation to “serious misconduct”, and applying the core duties – the fundamental elements of professional conduct – to all barristers, including unregistered barristers when they are providing legal services.

BSB chair Baroness Ruth Deech said: “Superfluous rules have been stripped away and others modernised. The Handbook’s approach is less prescriptive, with more focus and guidance on what the outcome of a rule should be, rather than attempting to define how a barrister should act in every situation. As well as offering greater clarity there are also new measures that will empower barristers to change their business models in line with consumer need.”

There will also be new risk-based approaches to enforcement and supervision. The new enforcement strategy will see disciplinary action being reserved for more serious ‘professional misconduct’ breaches – instances in which an administrative sanction would not be severe enough or where it is in the public interest to do so.

Baroness Deech continued: “Through developing a risk-based approach to supervision we will be better placed to work with the profession to prevent non-compliance from materialising in the first place or to avoid a recurrence of less serious non-compliance.

“This will help us to ensure that enforcement action is reserved for the most serious cases of non-compliance which could have considerable consequences for the client and the public interest.”

The next step in the Bar’s regulatory overhaul will be for the BSB to apply to regulate entities – which it hopes to start doing at the start of 2014 – followed by an application to become an alternative business structure (ABS) licensing authority. The hope is to start licensing advocacy-focused ABSs in the second half of 2014.

Other significant changes in the Handbook include: