Barristers fight back in defence of cab-rank rule 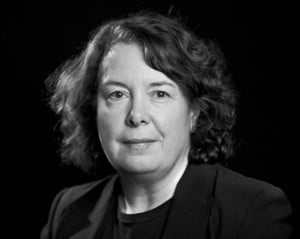 Barristers yesterday launched a two-pronged assault on a controversial academic report recommending that the cab rank rule be removed from the Bar Code of Conduct, with twin assessments by high-powered silks contradicting its findings.

Both the Bar Council and the barristers’ regulator, the Bar Standards Board (BSB), issued counter-arguments contending that the case against the rule was flawed and that it should be retained.

The onslaught prompted a fierce response on Twitter from one of the authors of the original research.

The report, by professors John Flood of the University of Westminster and Morton Hvvid of the University of East Anglia, was commissoned by the Legal Services Board (LSB). Finding the rule ineffective, an option they suggested was to keep it as a principle and incorporate the idea that nobody should be refused representation within an anti-discrimination rule.

Criticisms were voiced earlier this month by the Bar Council as part of a wider attack on the LSB. The Bar said the research was of “questionable quality” and announced the cost to the board – £21,367 – which it had obtained under the Freedom of Information Act.

Asked about the report during a recent question and answer session before the House of Commons’ justice committee, LSB chairman David Edmonds distanced himself from the report’s conclusions and defended its commissioning.

In its latest riposte to the academics, the Bar Council enlisted the support of Sir Sydney Kentridge QC of Brick Court Chambers. The veteran silk issued a damning critique not just of the academics’ conclusions but of the rigour and objectivity of their research.

Adding its voice, the BSB published a report volunteered by three barristers from Fountain Court Chambers, led by Michael McLaren QC. The three described the professors’ report as “unjustified and incorrect” and suffering from “a number of fundamental flaws”.

Sir Sydney argued that the report had not produced the hard evidence needed to support its recommendations, noting that an anti-discrimination rule would not require barristers to accept instructions from “a very unpleasant client in a nasty terrorism case”. He said the Bar would not regard that as acceptable.

He concluded: “If a long-standing ethical rule supported by ancient tradition and valued by the profession and the judiciary is to be abrogated, one would expect strong grounds to be put up to justify such step. The two professors consistently underrate the values on which the rule is based and what the judges have called its fundamental importance. They also wholly fail to point to any adverse effects which flow from the maintenance of the rule…

“[They] do not see the Bar as an honourable profession whose members generally obey the ethical rules of their profession, and who do not seek to evade them. Indeed, throughout the report one finds not merely hostility to the rule but hostility to the Bar and sneers at its ethical pretensions.

“One finds also far-reaching conclusions based on selective quotation, flimsy evidence or no evidence at all – very far from what one would expect from senior academics doing serious research.”

Responding to the assault on his work on Twitter, Professor Flood was scathing. He said: “On quick read of both Bar Council and BSB responses… I’m not impressed with their quality. 6/10.” On the subject of the report’s cost, he said: “I reckon we gave good value. Is this kind of criticism really necessary? Shows poverty of thought.”

In his detailed defence of the cab rank rule, Sir Sydney also raised questions over its role within alternative business structures: “The application of the rule to barristers working in these structures will undoubtedly raise problems. Will the barristers continue to be regarded as self-employed? Can the new entity be compelled to accept the rule as it stands, alternatively in some modified form?”

Explaining the Fountain Court report, the BSB’s chair, Baroness Ruth Deech, said: “The independent report uncovered a body of evidence that showed the rule protects the interests of the consumer, not the barrister.”

She continued: “The BSB report shows that the rule also protects barristers from the wrath of the community and the social stigma that might arise from representing an unpopular defendant. It also argues that the rule prevents major consumers of advocacy services, such as banks, from putting certain barristers out of circulation by making them unavailable for others or simply paying barristers to agree not to act against them.”

Bar Council chair Maura McGowan QC said: “The cab rank rule is something which is deeply embedded in the Bar’s culture and values and plays a core role in defining our profession’s instinctive commitment to access to justice.”

She said Sir Sydney’s rebuttal had “laid bare the numerous errors and apparent prejudice throughout this disturbingly expensive report”.