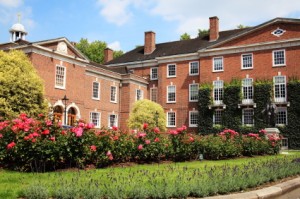 The Bar: CBA call for unity over QASA

Some barristers are worried that boycotting the Quality Assurance Scheme for Advocates (QASA) will lead to their committing a criminal offence by practising without authorisation, the chairman of the Criminal Bar Association (CBA) has revealed.

Meanwhile, the first wave of judicial training on the scheme has been successfully completed, we can report.

Updating members on QASA, CBA chairman Michael Turner QC said the combination of QASA and, when it happens, ‘one case, one fee’ (OCOF) “will lead to the destruction of the independent Bar”.

Emphasising that “we must act now and we must act above all with a unified purpose and approach”, he predicted that many barristers will call for a boycott of QASA. “How can we sign up to a system that all stakeholders, including the Bar Standards Board (BSB) and the Bar Council recognise is not in the public interest?”

But he continued: “Others are fearful that any such action will bring about the loss of their practising certificates and liability for a criminal offence if they continue to practice. It is a crucial decision practitioners individually will have to make.”

As we reported last week, meetings have been called on all circuits to determine the nature and extent of any action. These will culminate in an EGM of the CBA in April.

Mr Turner wrote: “The public do not yet realise that they are being conned. We do. We fight fearlessly for our clients whether we are appearing for the prosecution or defence. It is time we did the same for the public. We cannot wait for what many fear will be a sham consultation process to appear on OCOF, as it will be too late by then.”

Meanwhile, the full board of the BSB was told last week that over 90% of the judges within the planned first phase launch circuits for QASA, Midlands and Western, have attended a training session led by the approved training provider, City Law School. Judges will play a crucial role in QASA by assessing the barristers before them.

The BSB’s quality assurance committee told the board: “The feedback from these sessions is overwhelmingly positive with every judge stating that the training had met the aims of the course.”

While it is not yet known when QASA will begin – after its start was delayed last month – the committee’s report indicates that it will not be for some months yet. Though agreement in principle on the architecture of the scheme was reached in December, the Joint Advocacy Group (JAG) – made up of the organising regulators, the BSB, the Solicitors Regulation Authority and ILEX Professional Standards – has created a series of ‘mini groups’ to look at the various technical changes that are being considered.

The BSB board will be told in March about any proposed policy changes, while any technical adjustments required for implementation “will be reflected within the timeline for delivery”, which should be announced by the end of this month. These could require the approval of the Legal Services Board and delay matters further.