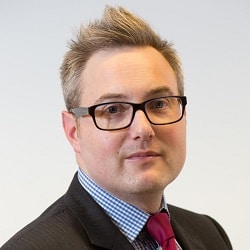 The number of reports about barristers’ conduct outside their professional lives continues to rise, the Bar Standards Board revealed yesterday.

It also highlighted problems with victims of bullying, harassment and discrimination not being treated with dignity and respect.

The BSB’s annual report on its regulatory decision-making said there was a 29% increase in reports relating to potential misconduct in the year to 31 March 2021, from 1,460 to 1,887.

The regulator said the reason for this was not clear but it reckoned it was a combination of introducing an online reporting form and improving communication about how to report concerns, alongside “an increase in multiple reports about the same conduct by a barrister” and more reports arising from barristers’ conduct on social media.

“We continue to see a high volume of reports about barrister’s conduct outside their professional life, with 16.9% of cases assessed this year falling into that category. This is up from 7.9% in the previous year.

“This is not unique to the BSB and is common across regulators in other sectors. We believe that we need to look at our approach to handling these types of report so that we are clear about where our regulatory jurisdiction lies.”

Other notable trends included a percentage rise in reports about chambers – from 1% to 2.6%: “It is too early to tell whether this is indicative of increased concern over chambers management or whether it reflects increased awareness of the expanded reporting regime brought in in 2019/20.”

With most reports concluding without further action, the BSB was working on 310 investigations during the year, completing 129 of them. One in five complaints about social media use led to an investigation.

The BSB failed to meet targets for how quickly it dealt with cases, which it said was largely due to the impact of the pandemic and also more complex matters.

Diminishing trust and confidence in the profession was the main type of misconduct reported. This included allegations of rudeness/aggressive behaviour towards others involved in proceedings where the barrister was acting, and abuse of the position of barrister.

More than a third of reports that led to investigations came from barristers – usually about other counsel but self-reporting doubled too.

The BSB said: “This may represent a deterioration in behaviour at the Bar, but it is probably more reflective of the increased willingness to report serious misconduct as well as improvements in the BSB’s reporting mechanisms.”

The BSB issued 32 administrative sanctions – most commonly where the barrister had practised without a practising certificate or held out as a barrister – and referred a further 38 barristers for disciplinary action.

During the year at the tribunal, 20 of 28 cases resulted in one or more charges being found proved.

All the conduct in the dismissed cases took place before April 2019, when the standard of proof changed from the criminal to the civil standard, but the BSB said its analysis suggested that it was unlikely whether the change could have yielded a different result.

In cases where discrimination, bullying and harassment were found, the BSB engaged with chambers to identify lessons learnt and to review policies and procedures.

Recurring themes included failures to comply with the rule requiring chambers and BSB entities to appoint an equality and diversity officer, and even when they were in place, their influence was “variable and there is uncertainty about the purpose of the role”.

The BSB continued: “Policies which should assist individuals who fall victim to bullying and harassment are not always clear about how and to whom incidents should be reported, and what happens after it is reported. This means that victims do not trust and fail to use internal processes.

“Where an internal investigation is initiated, those involved are not always clear about the decision-making process, what outcomes are possible, and what happens in the event of disagreement (eg an appeals process).”

Victims of bullying and harassment were “not always treated with dignity and respect and their wellbeing, particularly while an investigation is underway, is not managed”, it went on.

“Chambers do not always ensure that internal support is available (either from the EDO or elsewhere) both to those reporting, and those being accused of, bullying, discrimination and harassment.

“Where both the accuser and the accused are members of chambers, chambers do not always ensure that practical measures are taken to ensure there is limited or no contact, eg being clerked separately.”

Oliver Hanmer, director of regulatory operations at the BSB, said: “It has been a challenging year for the regulatory decision-making functions of the BSB, with significant increases in reports about barristers and the volume of authorisation applications.

“This increase, coupled with the impact of Covid on our resource capacity, has affected our performance against our published service standards.

“Productivity and the quality of our decision making during this period has nevertheless remained high and this is testament to the commitment and hard work of our people.”