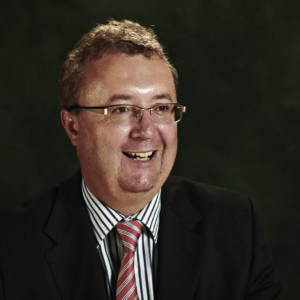 Lee: most chambers paid the money “because they had no choice”

A barrister portal scheme operated by the North West Legal Consortium, a group of over 30 local authorities, has been condemned as “scandalous” by the Institute of Barristers’ Clerks (IBC).

Brian Lee, chair of the IBC, said that to be eligible for work, barristers had to register for the portal scheme and pay up to £1,000.

Mr Lee said the consortium was such a big client that the majority of chambers would take the decision to pay the money “because they had no choice”.

He said if the fee increased and other large clients made similar requests, small chambers would not be able to afford to take part.

“I’ve seen an email from a company to a clerk saying they are aware of the North West consortium scheme, and asking the chambers for advice as to how they could set up a similar scheme,” Mr Lee said.

“It is scandalous that people should have to pay others simply to be able to receive instructions.”

The barristers’ services portal went live in April this year. In a letter to chambers at the time, Beryl Heath, the consortium’s development manager, said the aim was to ensure that legal advice was delivered in the most cost-effective way. She said chambers were invited to “register their services and rates on the portal against one or more of 14 different work areas”.

Ms Heath said registered chambers would be encouraged to “review their rates in the light of the instructions they receive or a wish to specialise in a particular area of law, with a view to becoming more competitive/attractive to member authorities”.

Mr Lee said he believed that the portal registration charge amounted to a referral fee and a number of chambers had complained to the Bar Standards Board (BSB).

“The BSB is aware of what the North West Consortium is doing, and they’ve allowed it,” he said. “They say it does not breach the handbook and they can charge a fee. If a consortium can do it, what is there to stop law firms from doing it? My information is that the Solicitors Regulation Authority would not allow this. The two regulatory bodies seem to have different views on what constitutes a referral fee.”

The BSB declined to comment. Among a list of features which the BSB Handbook says indicates that a fee may be a referral fee are “that it is not a set fee but is linked to the number of referrals”.

Ms Heath said in a statement: “The NWLC Barristers Portal went live on 1 April 2014. Previously, the consortium had in place a fully tendered arrangement from 1 April 2010 31 March 2014.

“The consortium had feedback from chambers that they did not like the tendering arrangement and so the consortium decided to change the system to the portal.

“The consortium has a website of which the portal is now a part so chambers who wish to register on the NWLC Portal pay a one-off registration fee to help to defray the administrative and technical costs of setting up the portal.

“The consortium is and always has been a non-exclusive arrangement such that member authorities can place work with chambers on the portal or otherwise – it is their choice – thus allowing them to select the barrister that is most appropriate for the specific issue they have.

“All this is made clear to chambers who have expressed an interest in the consortium portal.”