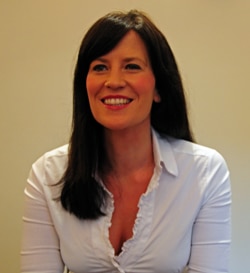 Edmonds Marshall McMahon (EMM) – a legal disciplinary practice regulated by the Solicitors Regulation Authority – is focused particularly on both individual and corporate victims of fraud, counterfeiting and corporate crime, but will also handle other private prosecution work, up to and including murder.

The firm is setting out to dispel the misconception that only the Crown or government agencies can use the criminal system to prosecute people or companies, saying that it can be far quicker and cheaper to pursue a matter through the criminal rather than civil courts.

EMM is made up of barrister Tamlyn Edmonds, who led a team of prosecutors at the Department of Health and prosecuted the largest international pharmaceutical counterfeiting case ever brought by the department; solicitor Kate McMahon, formerly a senior Serious Fraud Office lawyer; and primary counsel Andrew Marshall, who is standing counsel to the Attorney General and has led the prosecution of major fraud and regulatory matters for a range of government agencies. He will split his time with his practice at 18 Red Lion Court.

Ms McMahon said that in times of austerity and rising crime rates, companies and individuals that are victims of crime often find traditional methods of redress either unavailable to them or prohibitively slow and costly – certain crimes or victims are unavoidably not the priority of the police or Crown Prosecution Service at the moment.

She said the reaction from potential clients – and indeed barristers interested in what EMM is doing – indicates that there is enough work to justify a prosecution firm.

EMM, which has no plans to do defence work, will only act where the authorities are taking no action, rather than action with which the victim disagrees.

Ms McMahon explained that approaching the cases through the criminal courts can have several advantages – the courts are quicker, the costs can be a third to a fifth of a civil case, the penalties are not just compensation and cases are easier to publicise.

The firm is stressing to potential clients in fraud cases the tools on offer to recover lost money – “it can be done in half the time and at a third of the cost”.

Mr Marshall added: “We have brought together an immensely strong and accessible team to address the needs of companies, investigators and individuals – no matter how complex the issue.”

EMM is the latest sign of innovation in the criminal law field; recently Legal Futures reported on Artesian Law, a criminal chambers set up as a Solicitors Regulation Authority-regulated partnership.