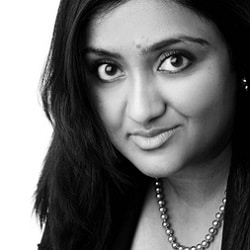 A group of barristers has launched a bid to end what they describe as a “shocking” lack of diversity on the Western Circuit, where none of the full-time circuit judges are from Black, Asian or minority ethnic (BAME) backgrounds.

BarNone said that all major sets of chambers on the circuit had signed up to its initiative to award at least 50% of mini-pupillages to those from BAME and/or state school backgrounds.

BarNone, which has a steering group of barristers across the circuit, aims to encourage applications to the Bar from under-represented groups, particularly those from state school and BAME backgrounds, through education, mentoring and outreach work.

Writing in Counsel magazine, Anjali Gohil, chair of BarNone and a criminal barrister at Guildhall Chambers in Bristol, and Sunyana Sharma, a steering committee member based at 3PB, said it was “widely accepted” that there was a “shocking lack of diversity” on the Western Circuit.

“We recognise that we are far behind metropolitan cities and other regions in cultivating barristers from non-traditional backgrounds.

“Most of our barristers still hail from privately educated institutions and we can count on one hand the number of Black barristers.”

Ms Gohil and Ms Sharma contrasted this with the “excellent work” done by the Western Circuit Women’s Forum to encourage more women to apply to become silks and judges.

They said no full-time circuit judge on the Western Circuit, which covers a wide area from Cornwall to Hampshire, “appears to be from an ethnic minority”. 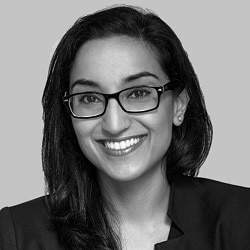 “Let’s break this down – there are 12 Crown Court centres on the Western Circuit, comprised of between one to eight full-time judges. All are white. Each of the resident judges is white and male.

“At Bristol Crown Court alone there are eight full-time circuit judges, all of whom are white men.”

The barristers said that, according to figures from the city council, 16% of the population of Bristol comes from a BAME background.

“If the people appointed to judge our fellow citizens are derived solely from a narrow pool of public school educated, white men, what is the nature of justice dispensed? We make clear at the outset that being a white, privately educated man does not and should not render you an unfair judge.

“However, if the judiciary in an entire area of the country is drawn from such a narrow pool, there is a danger that no one is present to explain the cultural nuances, the various facets of human experience which fall outside the narrow frame of reference of that pool.”

Ms Gohil and Ms Sharma said it was “truly critical” for courts hearing criminal cases to be able to communicate with, “understand and be understood by ordinary members of the public from every background”, particularly when sentencing data showed disparities in sentencing for BAME defendants.

They described the response to BarNone from the Western Circuit as “terrific”, with all major sets on the circuit signing up to its initiative to award at least 50% of mini pupillages to those from state school or BAME backgrounds.