Barrister who “took advantage of BSB’s generosity” is suspended 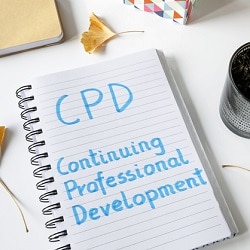 A veteran barrister who “took advantage” of the Bar Standards Board (BSB) by refusing to pay a fine for almost four years has been suspended for two months.

A Bar disciplinary tribunal found that Vincent Deane, who was called in 1976, had taken a “deliberate decision not to engage with the BSB” over the £3,000 fine imposed for failing to complete his CPD.

The BSB told the tribunal it had “behaved responsibly, generously and with understanding” of Mr Deane’s difficulties, but the barrister “took advantage of that generosity”.

The regulator presented the tribunal with a three-page chronology of letters, phone calls and emails chasing him for payment from October 2015 to June 2019.

Mr Deane agreed a payment plan in November 2015 and by January 2016 had paid two monthly instalments of £300.

The BSB said no payments at all were made between May 2016 and May 2019, before the fine was eventually paid off in June 2019. It described Mr Deane as alternating between “making desultory payments, failing to pay and offering payment plans which he failed to meet”.

In a disciplinary hearing conducted in private via Zoom, Mr Deane told the tribunal that since being fined he had been in “grave financial difficulties” and the law firm he was working for “collapsed” in 2016.

“He joined another firm, which failed to pay him what he was due for the work done. In December 2017 he joined the firm run by his former pupil, [Asif] Ashraf. He has done some work since then, but personal circumstances have limited his ability to work.”

The tribunal heard that Mr Deane’s mother was terminally ill with cancer and Mr Deane and his wife acted as her carers.

The barrister was “unable to meet his mortgage payments” and his house was repossessed in April 2018, though funds were not released for another year.

“In April 2019 he suffered a heavy emotional blow when his son’s half-brother was murdered in a particularly brutal fashion.”

Mr Deane, called to the Bar in 1976, was represented at the hearing by Mr Ashraf, who runs BSB-regulated firm Ashraf Law in Stockport. Mr Ashraf said the barrister was “a man whom he would have expected to pay his debts if able”.

Mr Deane admitted failing to co-operate with the BSB and to comply “in due time” with an order of a Bar disciplinary tribunal.

As well as his fine in 2015, the barrister was previously fined in 2011 by a disciplinary tribunal for having practised without a practising certificate for the whole of 2010.

The tribunal found that Mr Deane’s misconduct was aggravated by its length, his previous disciplinary finding and lack of insight into the seriousness of failing to engage with the BSB.

Among the mitigating factors were that he had paid the sum owed, he had endured “genuine financial hardship” and his personal circumstances were “such as to cause great stress and upset, for a variety of reasons”.

The tribunal concluded that Mr Deane should be suspended for two months, but, because of his financial circumstances, there should be no order for costs.

Sara Jagger, director of legal and enforcement at the BSB, commented: “The tribunal’s decision to suspend Mr Deane shows that ongoing and deliberate failure to comply with professional obligations is a serious matter and can have severe consequences.”