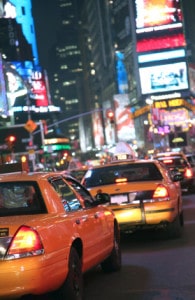 A barrister who gained a pupillage by lying about her age, faking references and falsely claiming she had been an assistant district attorney in New York has been disbarred.

After an investigation by the Bar Standards Board (BSB) back in 2009, Soma Sengupta – who had been at crime set One Inner Temple Lane – was convicted in New York four years later of possessing forged documents, filing attorney registration forms with false information, and an associated conspiracy charge.

Although the prosecution pushed for jail time, she was put on probation for five years and fined $5,000. Shortly after she was disbarred in New York.

According to a New York Times report of her conviction, Ms Sengupta’s scheme began to fall apart when a clerk at the chambers became suspicious that her application said she was 29 – at the time she was in her late 40s.

It reported the judge saying he was troubled by Ms Sengupta’s lack of remorse and unwillingness to accept responsibility. But he said that this was “not the crime of the century”.

The Bar tribunal was delayed due to continuing legal cases in the US. BSB director of professional conduct Sara Jagger said: “The lengths that Ms Sengupta went to, to embellish her experience and qualifications are extraordinary. Her elaborate dishonesty is clearly incompatible with membership of the Bar.

“Ms Sengupta never became a registered barrister in England and Wales because her pupillage was suspended. However, the tribunal’s decision to order disbarment is right because honesty and integrity of barristers are essential to public confidence in the profession.”

According to the Manhattan District Attorney’s office, Ms Sengupta forged a birth certificate, college and law school diplomas, a law school transcript, and even reference letters from former employers and a Massachusetts state representative.

She had qualified as a US lawyer but originally concealed this to get a paralegal job at that office – qualified lawyers were not allowed to take paralegal roles there. After that, Ms Sengupta volunteered at the Legal Aid Society in Manhattan.

In order to secure a pupillage, she then created an elaborate web to support her lies, creating e-mail addresses and domain names for former employers. She gained admission to Middle Temple using a forged reference letter purportedly from a Georgetown University Law Centre professor who had actually died prior to the date he supposedly wrote the letter.

Ms Sengupta was found in court to have falsely and repeatedly represented to 1 Inner Temple Lane and the BSB that she had been employed as an assistant district attorney in Manhattan.

At the time of her conviction, District Attorney Cyrus Vance said: “For 10 years, this defendant piled lie upon lie, until the tower of deception she built finally fell in upon itself.”