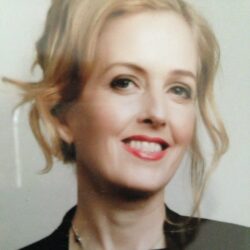 A family law barrister has been suspended from the innovative business she founded after being accused of making racist comments about the new Royal baby.

In a statement posted on Twitter yesterday, the board of the Family Law Café said it has suspended Joanna Toch “with immediate effect pending an internal review into her recent comments on Twitter”.

It continued: “FLC considers her comments as offensive, unacceptable and highly contradictory to the inclusive manner in which FLC has always and will continue to work with members of all communities in managing the challenges of matrimonial and family disputes.”

Ms Toch responded to a tweet from controversial writer Julie Burchill, who described the name of the Duke and Duchess of Sussex’s new baby, Lilibet Diana, as “a missed opportunity”. Referring to George Floyd, she said: “They could’ve called it Georgina Floydina!”

The exchange sparked heavy criticism on social media, with several sharing the procedure to complain to the Bar Standards Board.

Ms Toch wrote later on Twitter: “I am very sorry for the comment and what I saw as a joke. I’ve fought during my professional life against racism which is abhorrent. I’m not a judge [some Twitter users had said she was] and I have children of colour and I apologise unreservedly.”

In a later tweet, she added: “It was a joke and I’m sorry if I upset you.”

The Family Law Bar Association tweeted today: “Comments on Twitter about the Sussex’s newborn baby have been brought to our attention. As one of the individuals is a member of the Family Bar we have written to the individual and are referring the exchanges to the BSB, the Bar Council and other relevant bodies.

“We make it clear that FLBA condemns the comments by the individual which are completely inappropriate and have no place in our society. Racism of any kind cannot be tolerated and cannot be justified as a ‘joke’.”

The Family Law Café was set up by Ms Toch with solicitor turned corporate financier Peter Tahany, who are listed at Companies House as the only two directors. It went live in 2017 [1].

Users are initially contacted by a ‘host’ for a free initial consultation. They are then directed to an ‘expeditor’ – an experienced family law barrister or solicitor – who maps out the best way to take the case forward.