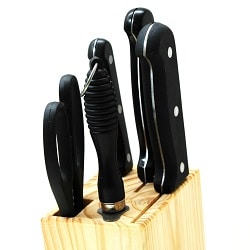 A barrister convicted of common assault after threatening police officers with a kitchen knife has been reprimanded and fined £500 by the Bar Standards Board (BSB).

The BSB dealt with Jane Charlton’s case through the determination by consent procedure, meaning she was not referred to a disciplinary tribunal.

Ms Charlton was called in 2009, and the incident took place shortly after she completed two additional ‘third six’ pupillages. But at the time she was an unregistered, ie non-practising, barrister

The BSB’s report of the determination said police were called to Ms Charlton’s London address in June 2016, following reports from her partner that she was throwing glasses at the wall.

“Whilst Miss Charlton’s partner was having a conversation with the officers, Miss Charlton ran into the room and made a ‘feeble attempt at pushing the officer’. Miss Charlton was warned that if her behaviour continued she would be arrested for assault.

“Miss Charlton became more aggressive and started shouting ‘arrest me then’ before trying to slap the officer on the arm. Miss Charlton was restrained and quickly calmed down. She informed the officers that she would go to bed.”

“Another officer grabbed hold of the kitchen door to prevent Miss Charlton from getting out. Officers were afraid for their safety and that of their colleagues as they believed that, if Miss Charlton left the kitchen, she would attack the officers with knives.

“Miss Charlton picked up a knife, pointed it towards one of the officers and charged at the door. The officer in question shouted at her to put down the knife, at which point she started kicking the glass door.

“Taser officers arrived at the scene and on being informed of their arrival, Miss Charlton dropped the knife and was detained.”

The barrister’s partner had a cut to his arm which had apparently been sustained during an argument with her when he had tried to take the knife.

She was arrested and interviewed by police, during which she said she had been under immense stress.

The report said: “She said that she had had to recently stop working as a barrister as she wasn’t capable of doing the work.

“According to Miss Charlton, she was experiencing relationship and financial difficulties.”

Ms Charlton pleaded guilty to four charges of common assault at Highbury Corner Magistrates’ Court. She received a community order, requiring her to complete 100 hours of unpaid work in 12 months, and a rehabilitation activity requirement to attend appointments.

The BSB said that in imposing the community order, the court took into account Miss Charlton’s guilty pleas, “the excess alcohol, the loss of a promising career and the nature of the offence”.

In a further incident the following month, Ms Charlton argued with nightclub staff “regarding her buying a drink for a homeless person whom staff did not want on the premises”. While being escorted off the premises, Ms Charlton “kicked a staff member in the shin”.

Ms Charlton admitted common assault and agreed to write a letter of apology to the member of staff. She received a community resolution order.

The BSB said investigation of the incidents was adjourned from November 2016 to March 2018 “due to matters concerning Miss Charlton’s health”.

She was charged by the regulator with two offences of engaging in conduct likely to diminish public trust and confidence in the profession.

The barrister said she deeply regretted both incidents and her behaviour was “entirely out of character”.

The BSB referred to guidance on sanction saying the starting point for conviction for a “low level” assault should be a reprimand, and a fine of between £1,000 and £3,000, or a short suspension.

The BSB said it took into account that Ms Charlton had no previous findings of professional misconduct, “her ill health at the time of the misconduct” and that she has shown remorse.

Details of the unregistered barrister’s health and financial situation were redacted from the ruling.

She was reprimanded for each offence and fined £500 for the first conviction.