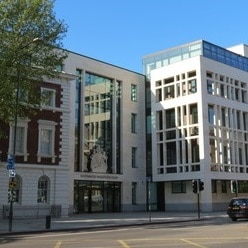 A senior barrister who headbutted a junior female member of chambers during a drunken row, leaving her on the ground with blood all over her face, has been suspended for three months by a Bar disciplinary tribunal.

Rashid Ahmed, deputy head of Article 6 Law chambers in Inner Temple, was convicted of assault by beating at Westminster Magistrates’ Court in April 2018, after pleading guilty.

The immigration law specialist, called in 2003, was initially given an eight-week jail sentence, suspended for 18 months, but successfully appealed. It was replaced by a 12-month community order, including 35 days of rehabilitation and 180 hours of unpaid work.

Her Honour Judge Holt, who handled the appeal at Isleworth Crown Court, said in her sentencing remarks that the attack happened early one evening on a street in Chelsea. Mr Ahmed’s victim – a junior, female colleague – ended up “on the pavement, on her back”, with “blood all over her face, and surrounded by members of the public”.

HHJ Holt said Mr Ahmed was “close by, still being restrained” and still clenching his fists.

“What appears to have happened is the two of you, who in the past have had a close relationship – now, we are told, purely professional – had been out for a meal together, and an alcohol-fuelled argument then occurred.”

It started with Mr Ahmed throwing water and an ashtray at her; the victim left but he caught up with her and was seen “to grab her, shake her, push her up against a pillar between two of the shop windows”.

The victim was then pushed up against a parked car from where she could not back away, before Mr Ahmed tried “one headbutt that missed”, and then “a second headbutt to her face”, making contact “just above her nose, close to the eye”.

A member of the public was still restraining Mr Ahmed when the police arrived, and he was handcuffed after a short struggle. He spent 48 hours in a police cell after the incident.

The victim suffered a “bloodied nose”, although she was not unconscious. She accepted that she too was “heavily intoxicated”.

HHJ Holt deemed it a category one offence because of the “sustained nature of the assault”, while “headbutting is clearly stated as a weapon equivalent”.

Deciding that a custodial element to the sentence was inappropriate, the judge noted several mitigating factors, including Mr Ahmed’s “exemplary character” and “genuine remorse” – the incident was “entirely out of character and was an isolated incident”.

Before the Bar disciplinary tribunal, Mr Ahmed admitted a single charge of professional misconduct – behaving in a way likely to diminish public trust in the profession.

The tribunal said that Mr Ahmed and had met his junior colleague “for the purposes of discussing with her financial matters pertaining to his chambers”.

It rejected the argument by Mr Ahmed’s QC that the assault was carried out “in the heat of the moment”.

“While we accept that this was a single incident that was the result of particular circumstances, we note that it occurred over an extended period of time in the early evening and that its context was a continuing episode starting with an alcohol-fuelled argument over lunch.”

The context given for Mr Ahmed’s actions – which were not detailed in the ruling – did not provide a “reasonable explanation” for his behaviour.

Mr Ahmed’s QC argued for a reprimand or fine, and the tribunal accepted that he was not a risk to the public, and had “shown insight” and expressed remorse for his conduct.

However, his behaviour was so serious that it undermined public confidence in the profession – especially given the position of responsibility Mr Ahmed held at his chambers.

The tribunal, chaired by Paul Ozin QC, said the case fell into the category of cases where a signal needed to be sent that such actions were unacceptable.

Following the guidance, the tribunal said a ‘medium-level suspension’ of between three and six months was the starting point. Taking all the factors into account, it ordered a three-month suspension.