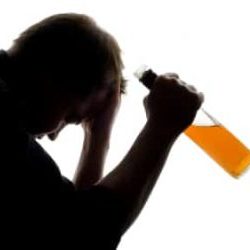 A barrister convicted of grievous bodily harm after breaking a hotel receptionist’s jaw with a hockey stick while drunk has been suspended by a tribunal – having qualified as a solicitor in the meantime.

The Bar disciplinary tribunal gave Felix Joel Evans credit for his efforts to turn his life around since the attack in 2017, which is why it banned him from applying for a practising certificate for three years, rather than disbarring him.

The tribunal recorded that he now works for a firm of solicitors, has qualified and is due to be admitted to the roll next March.

It said the Solicitors Regulation Authority was told of his conviction but allowed him to start his training contract – the firm was also aware of both the conviction and the hearing.

However, it was only as a result of his disclosure to the authority that Mr Evans then informed the Bar Standards Board and so he was also charged with failing to report promptly, first after being charged and then convicted.

Mr Evans, who is 29, was called in 2014 but is an unregistered barrister, having never started a pupillage.

In February 2017, he assaulted the receptionist at a hotel where he and a friend were staying. He had been playing hockey and then drinking heavily, the tribunal said. Mr Evans accepted that he was an alcoholic at the time.

He hit the receptionist with a hockey stick three times, once breaking his jaw and twice on his back.

In February 2018, he was convicted of grievous bodily harm without intent, having been acquitted of acting with intent. He was sentenced to two years’ imprisonment, suspended for two years, and ordered to pay the victim compensation of £5,000.

The sentencing judge said: “Your behaviour was completely unforgivable. In my mind it matters not, in fact it only exacerbates things, that you were drunk, and you ought to be thoroughly ashamed of yourself.

“It seems to me that, despite your high academic achievements and your qualification to the Bar, that career is now utterly lost to you, and I bear that in mind.”

After the incident, Mr Evans underwent counselling and attended Alcoholics Anonymous, and told the tribunal he no longer drank alcohol. He has also married and has a child.

The tribunal found that he had shown “genuine remorse”, saying: “Were it not for the efforts [he] has made to put his life in order, we would not have hesitated to disbar him.

“However, we do consider all that he has done since the incident to repair his life to amount to exceptional circumstances and have decided that on charge 1 – acting in a way likely to diminish the trust and confidence which the public would place in him or in the profession – he should be suspended from practice for three years.”

The tribunal accepted that reporting what happened to the BSB may not have occurred to him, given his limited experience. “However, he should have known and done so.”

A BSB spokesman said the ruling “serves as reminder to anyone called to the Bar in England and Wales that they remain subject to our rules about the standards expected of barristers even when they do not practise”.