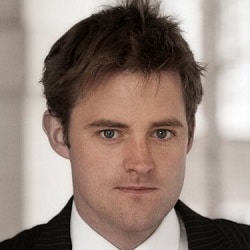 A barrister who only recently returned to practice after completing a three-year suspension for a drugs conviction, has been suspended again.

A Bar disciplinary tribunal last week suspended Henry Hendron for three months for failing to comply with a determination of the Legal Ombudsman to pay a complainant £850.

He was also prohibited from accepting and carrying out public access instructions for nine months, to run concurrently with the three-month suspension.

In 2017, in a high-profile case involving so-called ‘designer chemsex drugs’, Mr Hendron was suspended for three years following his conviction on two charges of possessing controlled drugs (mephedrone, known as ‘meow meow’, and GBL) with intent to supply. Tragically, the drugs led to the death of his teenage boyfriend.

The suspension was backdated to the date of conviction in May 2016, when he was sentenced to a compulsory unpaid work order of 140 hours, with a supervision requirement.

Mr Hendron’s Twitter feed indicates that he has been appearing in court again in recent weeks, and he is listed by the Bar Standards Board as practising at his own chambers in Chancery Lane, having previously worked from Strand Chambers, 2 King’s Bench Walk and the Government Legal Service.

The latest case followed an instruction by Yvonne Hobbs in July 2015, but Mr Hendron was unable to represent her in a hearing and was required to reimburse her £650.

Mr Hendron wrote her a cheque in June 2016 but, when she attempted to cash it, it was returned unpaid.

She complained to the Legal Ombudsman, which ordered the barrister to pay the money and a further £200 in compensation by 16 May 2017.

He failed to do so, and then in March 2018 posted Ms Hobbs a cheque for £850. He then realised that it would not be honoured and sent her a letter asking for her bank details.

He sent another cheque in May 2018, but struggled to keep enough funds in his account for the cheque to be honoured and wrote to the Legal Ombudsman the following month asking that it be cashed within a week.

However, Ms Hobbs only presented the cheque to her bank three months later and it was returned unpaid. She has still not been paid.

Mr Hendron maintained that, by her “wilful conduct”, Ms Hobbs had waived her right to payment.

Panel chair Jonathan Hall-Allen QC said: “We have heard of particular difficulties in Mr Hendron’s personal life during that period.”

But he added: “The public would rightly expect a barrister to be proactive and to discharge obligations of this nature in a prompt and efficient manner.

“The bare facts of this case are plain, that there has been at all times since 2017 an obligation to make this payment to Mrs Hobbs and it has not been made.”

Matthew Holdcroft QC, who represented the BSB, said Mr Hendron should be given a long suspension.

Mr Hendron said in response: “I was just getting my foot back in the water after the longest period of suspension the bar can dish out. I submit that another suspension would be akin to disbarment.”

He added: “I am sorry that I have not conducted my affairs in the way expected by the public and the profession.”

The tribunal handed down the three-month suspension because his actions were likely to diminish the trust and confidence the public places in the profession, and he failed to give the Legal Ombudsman all reasonable assistance requested of him in connection with the determination of the complaint.

Mr Hall-Allen said: “We accept that the difficult personal circumstances are a relevant factor when we came to decide what an appropriate sanction is in this case.”

The panel found that his case did not fall into the category of a long suspension. “This was not a situation in which there was no engagement or no attempt to engage,” Mr Hall-Allen said.

Sara Jagger, the BSB’s director of professional conduct, said: “All barristers are obliged to provide all reasonable assistance to the Legal Ombudsman, and to comply with its determinations.

“A failure to do so undermines public confidence in the profession and has a significant impact on the complainant. The tribunal’s decision to suspend Mr Hendron reflects this.”

Mr Hendron has regularly found himself in the news over the years. As a 17-year-old schoolboy, he addressed the 1998 Conservative Party conference calling for the re-introduction of corporal punishment.

He acted for Tory MP Nadine Dorries when she was accused of smearing a rival during the 2015 election campaign and has represented Ukip’s Suzanne Evans, the Earl of Cardigan and The Apprentice winner Stella English.

He has since spoken publicly and candidly about the events of the evening his boyfriend died and the use of drugs in the gay scene.

In an interview with The Times in 2016, Mr Hendron said: “If my horrific experience goes for anything, I hope it will help those who are drowning in the sea of chemsex.”

Also in 2017, the Bar tribunal fined Mr Hendron £2,000 for two charges relating to administrative failings as a head of chambers: failing to make sure fees earned by a particular barrister working in the chambers were properly and efficiently administered, and failing to give proper notice to a barrister when asking that barrister to leave the chambers.