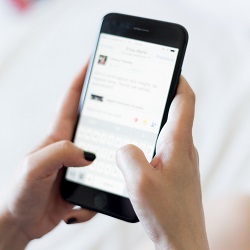 A barrister who groped a colleague’s breasts during a night out and then asked her to lie to help him cover his tracks with his fiancee has been disbarred.

Kevin Farquharson, 45 and called in 2011, sexually assaulted the woman in a photo booth in a bar in the early hours of 28 September 2019.

He ignored the efforts of the younger woman, referred to as A, to fight him off, touched her crotch, pinned her arms down and tried to force her to kiss him, the Bar Tribunal and Adjudication Service heard.

The woman’s ordeal only came to an end when staff at the bar in Bristol stepped in to remove him as the woman hid in the bathroom.

Mr Farquaharson was given a six-month suspended sentence after admitting sexual assault in court, given a rehabilitation activity requirement, ordered to pay the woman £1,800 in compensation and put on the sexual offenders’ register for seven years.

Mark Ruffell, for the Bar Standards Board, said: “This is a sad case from start to finish. On the one hand, we have a young lady who was great friends with the respondent, no doubt saw him most days in a professional context, and it is fair to say they were friends.

“For good reasons, as people do, they decided to go out, let their hair down on the evening and then sadly through drink the events took place.”

The tribunal heard that Mr Farquaharson had been out for dinner and drinks with some work colleagues when he decided to cancel his pre-booked cab and move on to another bar.

“The real question was what was going on in his head at that point, because as far as we can see that is the point where things tipped off the rail,” said Mr Ruffell.

“We would suggest it was because he was taking a keen interest on A, all of which started to manifest itself from that point on.”

He put his hands on the woman’s breasts while they were taking some pictures in a photobooth. “She says ‘what the fuck are you doing?’, which you might consider a spot-on thing to say from the woman to a man she considered a friend and work colleague going straight over the boundaries,” said Mr Ruffell.

After she walked away from him, he accosted her on the dancefloor and touched her bottom and breasts of several occasions.

Mr Farquaharson ignored her pleas for him to stop, including her loudly telling him he was sexually assaulting her.

The panel heard that, at one point, the barrister pinned her arms to her side and demanded that she kiss him.

“She went to the bar and he went against her back at the bar, touching her vaginal area over her clothes. She had to wriggle free,” said Mr Ruffell.

The bartender eventually advised her to take shelter in the toilets as the bouncers removed the lawyer.

Despite her ordeal, the woman declined the bar staff’s offers to get police involved, not wanting to get her colleague in trouble.

Referring to her victim impact statement, Mr Ruffell said: “She is effectively saying she was traumatised due to the perseverance and the fact that he didn’t appear to take no for an answer, since it was only after the interference of others events came to an end.”

After he eventually returned home at 4am, Mr Farquharson was confronted by his “furious” partner, demanding to know what he had been up to.

The following evening, he sent A a text saying “Would you help me by responding to my text tomorrow by simply stating ‘We lost sight of you at about 1.45. You left after you had a run in with one of the bouncers. I hope you are feeling ok’.”

Later that weekend, he texted a senior colleague, asking him to claim he was with him when the bouncer arrived, should Mr Farquaharson’s partner call him.

Mr Farquaharson admitted sending the two messages but denied them being professional misconduct, saying his judgement was impaired due to his mental health.

The panel was told that he was diagnosed with reactive attachment disorder and post-tramatic stress disorder due to experiences in his childhood.

He told the panel the woman had briefly informed him of his actions in a conversation the morning after the events, but he had not realised the full extent of what he had done.

Representing himself, he said: “I was pretty overwhelmed. At that point I did not know Ms A was upset, but I was pretty upset.

“She had not expressed to me she was upset, it was a revelation to me what she had said. I was in in a very poor state of mind because of the fear of losing my family.”

He told the panel that, due to his medical diagnoses, he was told by therapists he was in a “compromised” state mind and “not able to think rationally”.

He admitted he asked A to give a “partial account” in the scripted message he asked her to send but said it was not meant to deliberately lie about the incident.

“It was a confirmation of the time I had left and I had not left with her, and that is what she did in response,” said Farquaharson.

The barrister burst into tears as he told the panel he had always tried to be a good person and the incident was “out of character” for him.

‘I am still two years later in shock,’ he said. ‘I am absolutely devastated to have upset Ms A the way I upset her and the profession that gave me the opportunity to get somewhere I would never get because of my background.”

He buried his head in his hands and broke down as the decision was announced.