Barrister should have apologised to judge over behaviour 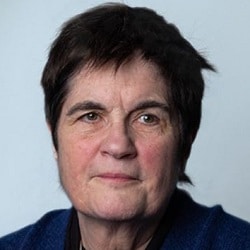 Russell: Much to be proud of

A hugely experienced criminal defence barrister who shouted and pulled faces at a judge should have sent her a letter of apology, a Bar disciplinary tribunal has said.

In May, Marguerite Russell was reprimanded and fined £1,000 for acting in a “rude and unprofessional manner” towards Her Honour Judge Kaur at Snaresbrook Crown Court.

“We find it remarkable that you did not send an apology letter to the judge,” the tribunal panel said.

Ms Russell, who was called in 1972 and was one of the founders of Garden Court Chambers, was sanctioned for six specific instances of misconduct between during the trial in 2016.

These included stating “This is ridiculous” following a ruling in response to submissions she had made, and “pulling faces at the judge and/or acting in a manner that led to her being told to sit down”.

The full tribunal ruling has now been published, and showed that Ms Russell’s counsel at the hearing, Jonathan Laidlaw QC, argued that admitting the misconduct and having a permanent blemish on her record should be punishment enough.

He also called for leniency given Ms Russell’s work to promote inclusion at the Bar and to transform Garden Court into one of the leading diversity and inclusion sets in the country.

The tribunal panel, chaired by His Honour Judge Paul Lawton, acknowledged her contribution to the profession.

“The panel accept that you came to the Bar at a time when women, ethnic minorities and the LGBT community faced significant hurdles through prejudice and exclusion,” it said.

“It is clear you and other like-minded individuals helped to forge pathways of equality, inclusion and opportunity in the profession for others.

“If the chambers of which you were a founding member was once regarded as radical and non-establishment, it is now revered for its work in human rights, equality and justice. It has in recent years seen numerous appointments to QC and the circuit bench.

“All of that is something to be proud of. Your conduct during the Barkauskas trial is not.”

The panel said Ms Russell’s conduct undermined the integrity of the courtroom and the authority of the court, but accepted that it was a “lapse in your own professional standards in a half-century of practice dealing with demanding high-level criminal defence work”.

Though she had reflected “properly” on her conduct and shown appropriate insight and contrition, the panel said she should have been “far more robust” in how she acted, by apologising to the judge.

It concluded that taking no further action would not be an appropriate sanction.