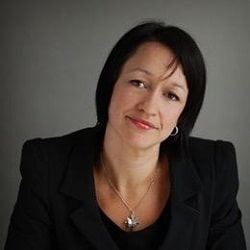 Aspinall-Miles: You can never tell why they turn

A senior barrister has explained why she took to Twitter to shatter a longstanding “taboo” by discussing the emotional impact on advocates of “rude” or “abrasive” judges.

Mary Aspinall-Miles, an executive committee member of the Criminal Bar Association (CBA), told Legal Futures: “It was time for someone to put their head over the parapet and talk about the things that upset us and acknowledge that these things hurt.”

Ms Aspinall-Miles, based at 12 College Place in Southampton, went on: “The vast majority of modern judges are professional and courteous, but once in a while the moment comes when you get a judge who doesn’t cope with the stress, and things are said.

“You can never tell why they turn. It’s the power balance between you and the judge that makes things tricky. Anyone else has the right to complain about their boss. It doesn’t work that way in the profession.

“We all talk about it in the robing room, but not about the impact on us as professionals. It is the isolated nature of the job that makes it worse. You feel you have no-one to turn to.”

Ms Aspinall-Miles described on Twitter yesterday the problem of “rude judges” as the “the big one, the taboo”. She said the tone used by judges in pointing out shortcomings or failings was key and some were “unnecessarily aggressive/sharp over small issues”.

The barrister said judicial criticisms could “undermine professional confidence” and stay with the advocate “long after the case is done”. She particularly attacked judges who took an old-fashioned, ‘in my day’ approach.

She accepted that judges were “under stress too”, with “unbelievable workloads”, but said barristers, unlike judges, could be reported to their head of chambers or the Bar Standards Board for professional discourtesy.

Ms Aspinall-Miles said she was “still smarting” about a comment made to her by a judge “without foundation” 10 days ago, but was sure she was not alone in experiencing these feelings.

She ended her Twitter “confessional” by calling for “honesty in these things if we are truly to achieve well-being at the Bar”.

Ms Aspinall-Miles received a number of supportive tweets from other barristers, such as James Turner QC, who said such criticism unnecessarily stressed clients as well as lawyers, “leaving them [to] wonder what on earth they are doing in court”.

In the case of clients who could choose to litigate in other jurisdictions, this could be “profoundly damaging”, he said.

A QC and recorder who goes by the Twitter handle @brummybar weighed in, saying: “I’m a lot more robust now but as a youngster it’s very hard to not be intimidated by a judge set on bullying you…

“I have twice been reduced to tears by judges, thankfully both retired but those days remain seared on my soul.”

A series of tweets from the CBA’s wellbeing account also highlighted “a horrible culture of shame, which does nothing but allow the bullying to continue”.

It said: “Those suffering it end up feeling inadequate because they are treated as failing by those who are secretly grateful it wasn’t them. For as long as we don’t wade in for one another, we will condemn our profession to behaviour that is never, ever acceptable.

“Being brave for oneself or one’s client is commendable, but we need to stand up for those whose talent is still battling with uncertainty and fear.

“Our juniors are our life blood and some of them will take unique gifts elsewhere if we don’t stop allowing them to be used as bait for judges and other advocates who are not able to accord other professionals an appropriate level of decency and respect.

Ms Aspinall-Miles told Legal Futures she wanted to highlight the issue of stress among barristers, bearing in mind World Mental Health Day earlier this week, with its focus on workplace well-being.

“People have been tweeting platitudes about mental health. There comes a point where you have to say things happen, they make me cry and it’s OK. It’s important, particularly for junior barristers, to know that we know.

“The pressures on criminal barristers are well known and recognised, but I’m not sure if we’ve been open and honest about the toll on our personal lives.”

Ms Aspinall-Miles, who specialises in sexual offences, pointed out that police officers involved in sex abuse cases were offered professional counselling, the Crown Prosecution Service had a duty of care to its staff, but self-employed barristers had no equivalent means of dealing with “the most distressing of criminal cases”.

She said there was “a particular problem with the digital revolution in criminal law”, which created “continual pressure on barristers to be constantly available”.

She said the legal aid and other government spending cuts “had consequences”, with everyone “expected to do much more for much less”.

Ms Aspinall-Miles added that, as part of a wider Bar Council initiative, the CBA had set up its own wellbeing initiative to support criminal barristers.