Barrister sets up BSB-regulated firm to work for City solicitors 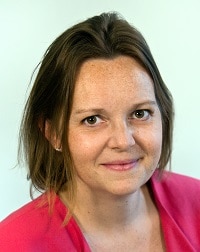 Walshe: “the legal landscape is changing so much”

A barrister has set up a limited company, regulated by the Bar Standards Board (BSB), to work as a consultant for a leading City law firm.

Jane Walshe, a financial services and compliance specialist, said: “I was the first person to be authorised to work in this way, but I won’t be the last.

“If the BSB had rejected my application, I would have become a solicitor. The legal landscape is changing so much. It was about time the Bar caught up, and it has done.”

Since Berwin Leighton Paisner set up Lawyers on Demand in 2007, a number of City firms have followed suit under different brands, describing their lawyers as working freelance or as consultants.

Ms Walshe went on: “I can’t offer regulated services as a barrister and charge people via a limited company, without it becoming an authorised body. I wanted to work for the law firm as a business, and not as an employed barrister. It gives me more flexibility.”

Ms Walshe said all the solicitors working for her firm through flexible contracts operated through limited companies so “they could not later be accused of being an employee” of the firm.

“The firms themselves like people to work as limited companies, and it’s a standard resourcing model.”

Ms Walshe said being a limited company gave her greater control over tax and expenses. She is currently working for the law firm on a financial services project for four days a week, and as a compliance consultant, as director of Compass Compliance, for one day.

“This ensures there are clear divisions over the work I do as a lawyer and as a compliance consultant,” she said. “It keeps things nice and separate.”

The BSB, which predicted at one point last year that it would authorise 400 firms in 2015, approved only 32 in its first four months as an entity regulator, papers for July’s board meeting reported.