Barrister sanctioned for shouting at solicitor and distressing client 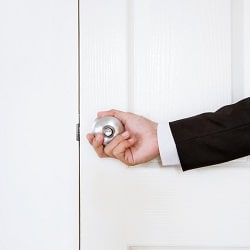 A barrister whose treatment of a client and a solicitor “could be characterised as bullying behaviour” has been reprimanded and fined.

However, a Bar disciplinary tribunal said the £750 fine would have been more severe were it not for the “exceptional mitigating circumstances in this case”.

The events which led to Robert Gilbert of Fountain Chambers in Middlesbrough facing the tribunal occurred in a single incident in May 2017.

The tribunal found Mr Gilbert to have acted in a way which was likely to diminish the trust and confidence which the public places in barristers by shouting at the solicitor “in an aggressive manner” and preventing the solicitor from leaving a conference room “by placing his arm against the door”.

He further failed to provide a competent standard of service by not treating his client with “courtesy and consideration” and also caused her “unnecessary distress” by telling the client he would no longer act for her.

The underlying facts were not set out in the ‘report of finding and sanction’ published last week by the tribunal.

Tribunal chair Jonathan Glasson QC wrote that the aggravating features it took into account were that the conduct undermined the profession in the eyes of the conduct, it had a “significant impact on the complainant” and that “it could be characterised as bullying behaviour”.

There were, however, “significant mitigating factors”, Mr Glasson continued.

“Mr Gilbert admitted the charge. He has shown genuine remorse. It was undoubtedly a single incident. The incident occurred in the heat of the moment and in quite exceptional circumstances.

“Mr Gilbert has co-operated with the investigation. There have been voluntary steps taken to remedy the breach, in particular in relation to agreeing to act for his lay client immediately afterwards.

“His is a barrister of previous good character. Most importantly, we have had particular regard to the exceptional personal circumstances and the bereavement that Mr Gilbert was suffering on the day in question.”

Mr Glasson said the fine was reduced from what would otherwise have been imposed due to the mitigation.