Barrister sanctioned for shouting and pulling faces at judge 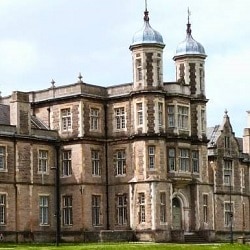 A senior junior barrister has been reprimanded and fined £1,000 for her behaviour in court, including shouting and pulling faces at a judge.

A Bar disciplinary tribunal ruled that Marguerite Russell, a criminal law specialist called in 1972, acted in a “rude and unprofessional manner” towards the judge during a trial.

This was conduct likely to diminish the trust and confidence which the public places in a barrister or the profession, contrary to the Bar Standards Board code of conduct.

Ms Russell, one of the founders of Garden Court Chambers, was sanctioned for six specific instances of misconduct between 2 February and 13 April 2016 while instructed as counsel for the defence:

Until the full ruling of the tribunal is published, there are no further details, although the time for appeal is not yet up.

However, a Court of Appeal ruling in 2017 details the “very unfortunate deterioration in the relationship” between Her Honour Judge Kaul QC at Snaresbrook QC and counsel for the two defendants in a criminal trial held in early 2016, one of whom was Ms Russell.

Lady Justice Hallett noted that the judge had complained to the BSB about counsel’s behaviour, although the Court of Appeal rejected their bid to withdraw from the appeal on the basis of a conflict of interest.

Hallett LJ said: “The court did, however, indicate that should a conflict of interest become apparent it would be prepared to re-visit the issue. No further application was made, albeit Ms Russell did decline to answer one question from the court (as to whether she abused the judge within her hearing) on the basis of a ‘conflict’.”

Later in the ruling, which upheld the convictions, she said “we have a number of very real concerns about counsel’s behaviour”.

She added: “Many of the defence applications were totally unmeritorious, bad points were taken and much court time wasted. Some of the submissions (of both the applicants’ counsel) suggest a lack of proper respect for the court.

“Ms Russell’s complaints about the judge’s favouring others such as the jury or co-defending counsel indicate an unfortunate over sensitivity, lack of objectivity and lack of understanding of the role of the judge in managing a jury trial. We do not expect counsel to behave or react in this way.”