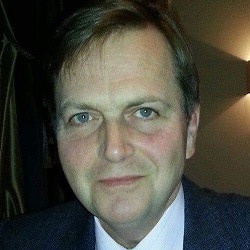 A barrister has been reprimanded and fined for suggesting that a female Asian judge only secured her position as a result of “positive discrimination”.

However, Timothy Becker – who chairs the Public Access Bar Association – said he was only referring to what he thought was her qualification as a solicitor.

The barrister, who is head of Burlington Chambers in Piccadilly, central London, which he set up at the start of this year, was called in 1992.

A Bar disciplinary tribunal found that he behaved in a way which was likely to diminish the trust and confidence which the public places in a barrister or in the profession – contrary to core duty 5 of the Bar Standards Board (BSB) Handbook – while acting for the defendant in civil proceedings under the public access scheme in August 2018.

The tribunal’s notice said he sent an email to the claimant in which he suggested that the deputy district judge hearing the case, “who happened to be a female and Asian, had only secured her position as a result of ‘positive discrimination’ in the judicial recruitment process”.

He was reprimanded and fined £750 by the panel – its full reasons have not yet been published.

In a statement, Mr Becker said that he had meant positive discrimination in favour of solicitor applicants, as he wrongly thought the judge was.

“But I accept that my remark could have been misinterpreted as a reference to the learned DDJ’s gender or race. I admitted the breach of the BSB’s code on this basis and I was rightly reprimanded and fined £750.”

The barrister continued: “I was not accused by the BSB of unlawful race or sex discrimination. I have always supported and encouraged BAME and female barrister applicants and continue to do so.

“I will continue with my long-standing commitment to equality and diversity at the Bar. I was happy that the other charge brought against me was dismissed and very grateful to my counsel, Marc Beaumont.”

Mr Beaumont is president of the Public Access Bar Association.