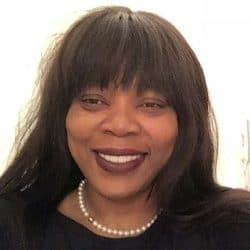 A barrister involved in long-running litigation with the Bar Standards Board (BSB), in a case that has already been to the Supreme Court, is preparing for the next stage of her race discrimination claim.

The Supreme Court ruled in December 2017 that Portia O’Connor could go ahead with the claim and was not out of time, overturning the decision of the Court of Appeal.

Ms O’Connor – who was the first barrister to become a partner in a legal disciplinary practice – told Legal Futures that she felt her life was “still basically in limbo” as she waited for the case to go through the courts, and had been “very close” to dropping the case.

“There was a time when I did nothing, I was just so tired, but I’ve got no alternative but to carry on. They are not prepared to concede on anything whatsoever.”

Ms O’Connor said that not only did she have the High Court hearing in June, at which she would attempt to have the BSB’s defence struck out, but there was a separate employment tribunal hearing listed for the end of July.

She explained that even though she was not an employee of the BSB, the tribunal would hear her Equality Act claim against the BSB in its role as regulator.

The Supreme Court overturned rulings by the Court of Appeal and High Court that Ms O’Connor’s discrimination claim was out of time.

Ms O’Connor claimed compensation from the BSB for misfeasance in public office and breaching her human rights after five misconduct findings made against her by a disciplinary tribunal in May 2011 were overturned by the Visitors to the Inns of Court in August 2012.

Ms O’Connor launched her proceedings against the BSB in February 2013.

Delivering the unanimous judgment of the Supreme Court, Lord Lloyd-Jones said he considered that Ms O’Connor was entitled to rely on evidence about the functioning of the BSB’s disciplinary system, “in conjunction with the unhappy history of the proceedings against her, as supporting her case that she has been the victim of discrimination.”

Speaking after the Supreme Court ruling, Ms O’Connor estimated that her own costs for the court proceedings so far were £250,000 and the BSB’s costs would be “more than that”.

Ms O’Connor said the BSB continued to refuse to pay her costs and remove the original disciplinary tribunal ruling from the internet.

She said she was still running her law firm, Pegasus, previously an LDP, with a solicitor colleague, but it had dramatically reduced in size at the result of her court battle with the BSB.

“The Supreme Court said I have a claim for discrimination and what happened to me requires answers,” she added.

The BSB has not responded to a request for comment.