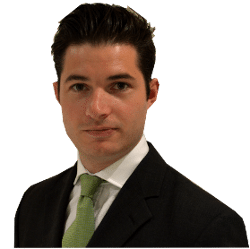 Rees: concerns that site will be “hijacked by disgruntled clients”

A new website which encourages clients to rate barristers aims to help direct access barristers, and “is not looking to undermine the Bar”, its founder has said.

William Rees, a barrister based at Civitas Law in Cardiff, said he wanted RateMyBarrister.com [2] to “establish trust and build interaction” with potential direct access clients.

“We want to help people select services online, which is not something that can easily be done at the moment,” Mr Rees said. “Ratings and reviews have proved to be a powerful way of doing that in other industries.

“We’re not looking to undermine the Bar, but give barristers the opportunity to enhance their profile and get leads online.”

Mr Rees said a lot of barristers were advertising on Google through sponsored links, but he was not aiming to “monetise” RateMyBarrister until later in its development.

This was likely to be done through advertising on the site, he went on, and not through charging barristers to post their profiles. He said the website, which launched last week, featured around 30 reviews from 1,000 unique views.

“Many barristers are concerned that the site will be hijacked by disgruntled clients and fruitcakes,” Mr Rees said. “However, all ratings are reviewed before publication for credibility and we invite users to flag and like reviews to enhance the system.

“I won’t reject reviews just because they are critical, but it must be constructive criticism”.

Mr Rees said the site aimed to make searching for barristers easier by noting a user’s location and automatically providing barristers within a given geographical radius.

He added that one of the purposes of RateMyBarrister was to channel leads towards his other online business, eDraftly, which provides customised templates and launched in October [3] last year.

Mr Rees said over 80 direct access barristers had signed up to provide the service, from juniors to QCs, and enquiries had been received to advise on a range of matters from basic family matters to detailed planning issues.

However, he said it was moving away from targeting solicitors in small firms, to receiving leads for direct access work and putting them to barristers at agreed rates.