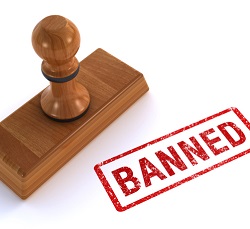 A barrister already suspended multiple times by Bar disciplinary tribunals has been fined a total of £4,000 and permanently banned from direct access work.

Oliver White’s latest Bar disciplinary tribunal said the most serious charge against him was assisting a lay client to prepare an appeal in July 2015 when he had been banned from direct access work the previous month.

In June 2015, Mr White, who was formerly a commercial barrister specialising in banking litigation and civil fraud at 4-5 Gray’s Inn Square, was fined £1,000 and banned from direct access work for six months after it was found he had handled client money for handling client money and then failing to co-operate with the Legal Ombudsman (LeO) and Bar Standards Board (BSB).

Later the same month, he was suspended from practice for three months, this time for handling a much larger sum of money, £400,000. The High Court rejected the barrister’s appeal against this suspension in December 2015.

Mr White’s latest tribunal said it had taken into account Mr White’s “difficult personal circumstances, relating to relationship breakdown”, which might have been playing on his mind.

“Additionally, medical and/or psychological difficulties he was suffering at the time might also have affected his ability to make appropriate professional judgements.”

However, the tribunal said aggravating factors were that Mr White was subject to a suspension at the time of the offence and the fact he had done it before: “Mr White had therefore already received a warning shot and had failed to be deterred by it.”

A further issue was his use of a pupil to assist in drafting documents.

The tribunal noted that “a pupil in these circumstances was in a vulnerable position and should not have been involved in that activity” and said it would refer the issue to Mr White’s Inn of Court.

The “appropriate and proportionate” sanction for the main charge was that Mr White be “permanently prohibited from carrying out public access work”.

Mr White received fines, totalling £4,000, for five other offences. These included holding himself out to be a barrister without proper authorisation between April and May 2016, and late payment of a £2,000 fine, also in 2016.

He has made other appearances before the Bar tribunal. In May 2017, Mr White was suspended for two terms of 12 months for failing to comply with LeO directions that he should reimburse fees and failing to respond to the BSB over complaints.

Mr White was also fined £500 in October 2017 for failing to respond to the BSB over a complaint.