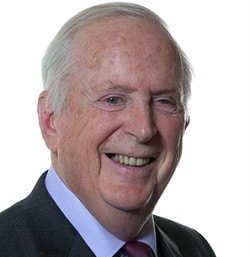 The High Court has struck out a negligence claim brought against a barrister peer for breaching an extended civil restraint order – only to then permit the claimant to issue a further claim form.

Max Couper is seeking to sue both Lord Thomas of Gresford – the Liberal Democrats’ shadow attorney general – and national law firm Irwin Mitchell over their conduct of a 2013 case involving barges, other boats and pontoons on the River Thames, which he lost before Mr Justice Arnold.

Earlier this year, expressing his surprise and regret that the case was still going, the judge issued the ECRO in the wake of several applications made by Mr Coupler and his wife, saying it was the only way to prevent their continued abuse of process by making “unfounded applications”.

Nonetheless, shortly afterwards, Mr Couper issued a claim against Lord Thomas without seeking permission as required by the ECRO. He began the action against Irwin Mitchell before the ECRO was in force and the firm has already served its defence. Lord Thomas practises from No8 Chambers in Birmingham.

On the application of Lord Thomas, Arnold J found that the action against the barrister was caught by the ECRO and should not be granted relief from sanctions, meaning the claim was automatically struck out.

However, the judge went on to give permission for Mr Couper to issue a fresh claim against Lord Thomas, to be consolidated with his claim against Irwin Mitchell.

“First, his claim against Irwin Mitchell did not require permission under the ECRO, and therefore will proceed any way (subject to any application to strike out or for summary judgment).

Among his other reasons were that Mr Couper was not attempting to re-litigate the main claim, while counsel for Lord Thomas “did not go so far as to submit that the proposed claim was totally without merit”.

Arnold J continued: “I have not considered the merits of the claim in any detail, but based on what I have seen, I believe that she was right not to make that submission.

“In saying this, I should make it clear that I am not commenting on the merit or otherwise of any of the individual allegations of negligence.”

The ECRO also meant that Mr Couper would require the advance permission of a judge to make any application in the action.

“That should be sufficient to prevent Mr Couper from conducting the claim against Lord Thomas in an unacceptable manner, but if Mr Couper’s conduct of the claim nevertheless fails to accord with the rules or with the standards expected of litigants, then there will be other remedies available.

“It would be disproportionate to prevent him from bringing the claim at all.”