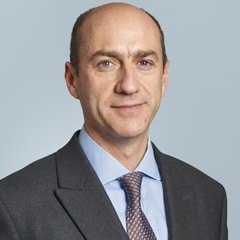 A barrister has been ordered to hand over details of who else had access to a controversial Twitter account that harassed activists campaigning against antisemitism in the Labour Party.

Daniel Bennett – a solicitor turned barrister who specialises in personal injury – resigned from high-profile London set Doughty Street Chambers last year after his role in the @arrytuttle account was uncovered.

Known as Harry Tuttle, the name of a character played by Robert De Niro in the film Brazil, the now-deleted account was characterised by aggressive support for Jeremy Corbyn and attacks on Jewish people questioning antisemitism in Labour.

Other targets were David Collier, a blogger, researcher and campaigner against antisemitism, TV presenter Rachel Riley, and actress Tracy Ann Oberman, who claim they were each the victim of a campaign of defamation and harassment conducted by the operator of the account.

The trio sought Norwich Pharmacal relief or pre-action disclosure in order to identify the author of the tweets and obtain copies of them, as they had been removed from view, to support defamation claims.

Mr Justice Saini said the case had “some rather unusual and striking” features.

Through his lawyers, Mr Bennett – whose LinkedIn account now merely says he is self-employed – admitted responsibility and legal liability for the account, and accepted that he controlled it and could readily access the tweeting history, which he deleted from view in or around July 2019.

“Counsel (having taken careful instructions over the adjournment) said that Mr Bennett took the third position, namely that he was not willing to answer my question.”

Mr Bennett nonetheless strongly opposed the applications and said the claimants had not shown even an arguable case, describing them as a “fishing” exercise.

The claim was advanced principally on the basis that Mr Bennett was not the author of the tweets in dispute.

The judge found that Mr Collier and Ms Riley met the test for making a Norwich Pharmacal order – the identified statements, if made, were “arguably defamatory and I can infer a sufficiently arguable case on serious harm” – but Ms Oberman did not, due to “the sparse evidential details given of the publication”.

It was not an answer that Mr Bennett had accepted legal liability for the tweets, Saini J continued. “The claimants are entitled to sue all wrongdoers and if necessary obtain injunctive relief.

“It is part and parcel of the claimants’ common law rights of access to justice to identify and sue in a public process those who have arguably defamed them. The law does not recognise the ability of one joint tortfeasor to hide others by taking on liabilities himself.”

He also dismissed the argument that the applications were a “continuation of politics by other means”, rather than a genuine attempt to protect legal rights.

Saini J said: “The answer to that is ‘so what?’. Absent special situations governed by the tort of abuse of process, the civil law is not concerned with why victims of wrongs seek relief from the courts. The sole issue is whether they have a sound legal claim.”

The judge also emphasised that seeking the identity of a “publisher and a limited number of focused publications, as is the case here”, could not be regarded as ‘fishing’ for a cause of action in libel.

The judge ordered that Mr Bennett detail who used and had access to the account, and disclose the identity of who posted the tweets referring or replying to the pair, as well as what they tweeted, along with the metadata and analytics.

Saini J also noted that “the evidence and correspondence before me include a lengthy and, I regret to say, often intemperate debate between the parties’ respective solicitors in relation to alleged waiver of without prejudice privilege and allegations of professional misconduct.

“Those are irrelevant satellite issues. I informed the parties at the Skype hearing that I would not be drawn into these matters.”