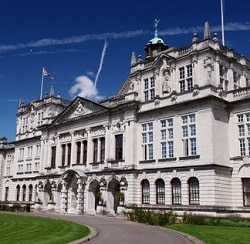 A barrister has been disbarred for lying about her qualifications and experience, including a claim that she had saved 10 men from the death penalty in Malawi.

Anisah Ahmed, who was unregistered (ie, non-practising), was trying both to obtain a pupillage and persuade the Bar Standards Board (BSB) to reduce its length.

A Bar disciplinary tribunal found that, in trying to obtain pupillage from Staple Inn Chambers in 2014, Ms Ahmed submitted a CV that falsely stated that she had been awarded a distinction for an LLM in legal practice at Cardiff University, and that she had written a dissertation on ‘rights to die’.

She also claimed to have been awarded a diploma in forensic medicine, worked for the Free Representation Unit and successfully represented eight clients in unfair dismissal claims.

Further, Ms Ahmed – who was called in 2012 – told the chambers’ membership and pupillage committee that she had worked at the Centre for Capital Punishment Studies in Malawi two years previously and had managed to have the death penalty set aside for 10 prisoners. None of this was true.

In an application to the BSB’s qualification committee to reduce the length of the pupillage, she claimed to have nine years of experience carrying out legal work at a law firm, whereas in fact she had been employed for one year as a secretary/receptionist.

She also forged references from both a principal solicitor at that firm and an assistant solicitor.

The BSB’s director of professional conduct, Sara Jagger, said: “This finding serves as a reminder to barristers that dishonesty is not compatible with membership of the Bar. The tribunal’s decision to disbar Ms Ahmed reflects the seriousness of her actions.”

Meanwhile, another unregistered barrister Godwin Okri, has been disbarred after he was struck off a solicitor – although that happened nine years ago.

He was struck off after acting for both seller and buyer where a conflict of interest existed without the written consent of both parties.

In the process, Mr Okri breached Money Laundering Regulations, ignored a Solicitors Regulation Authority (SRA) warning on property fraud, and dishonestly assisted a third party in securing a property for substantially less than its market value.

Mr Okri, who was called in 1995 and never practised as a barrister in England and Wales, was also found to have not notified the BSB of the strike-off.

A BSB spokesman told Legal Futures that the BSB and SRA have been automatically sharing information about the outcomes of disciplinary hearings only since October 2015.

Finally, barrister Peter Wareing has been fined £1,500 for supplying legal services and exercising rights of audience when he was a barrister of less than three years’ standing and not working out of a chambers with a suitably qualified person to provide him with guidance or who was public access qualified, contrary to the BSB Handbook.

All of these decisions are currently open to appeal.