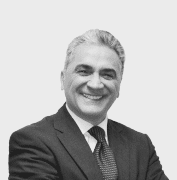 A multi-disciplinary tax planning firm with a barrister as its only lawyer, has entered into regulation with the Solicitors Regulation Authority (SRA) in order to offer clients tax law advice within an alternative business structure (ABS).

Windsor-based Denning Legal Ltd’s ABS licence is effective from next week. The practice is thought to be the first tax specialist law firm ABS in the country.

The ABS, which offers inheritance tax and succession planning, and asset protection trusts, along with a range of private client legal services through the Bar’s direct access scheme, aims to recruit solicitors within the next 12 months, said its in-house barrister and head of legal practice, Aris Nicolson.

He said it has been in talks with Chinese clients for the past three months and hoped the ABS would help the firm service them. “They have adopted the American model, where they get their tax advice from lawyers and not accountants.”

The Supreme Court’s decision in the Prudential case not to extend legal professional privilege to non-lawyers had “put us as a law firm in a stronger position”, he said.

The business had just turned down an offer from a private investor, Mr Nicolson reported. “We would like to concentrate on building the practice up, on giving a specialised service in tax law and business development, rather than bringing in a business investor who just wants to capitalise on lawyers’ fees.”

He said the ABS would consider linking up with a financial adviser at some point. “An FCA-regulated body… would be a good partner for us because we would be able to offer their clients our legal services and at the same time offer our clients their financial services.”

The SRA was preferable as ABS regulator, said Mr Nicolson, because his own regulator, the BSB, although a “good body” was at the beginning of its ABS process. “We were very keen to be regulated by the SRA… which is of much stronger benefit because we can obviously hold clients’ money in our client account and we can be a little more robust in terms of offering the client comfort in the knowledge that we have got the SRA to answer to.”

His team currently consists of two former HMRC tax advisers, and his practice manager is an LPC student. Putting everyone on an equal footing within the ABS was “one reason” for the application, he explained.

Mr Nicolson is also the ABS’s head of finance and administration.

In June, Richmond Chambers became the first ABS that did not have a solicitor.